Tathagat, the play by Abhishek Majumdar 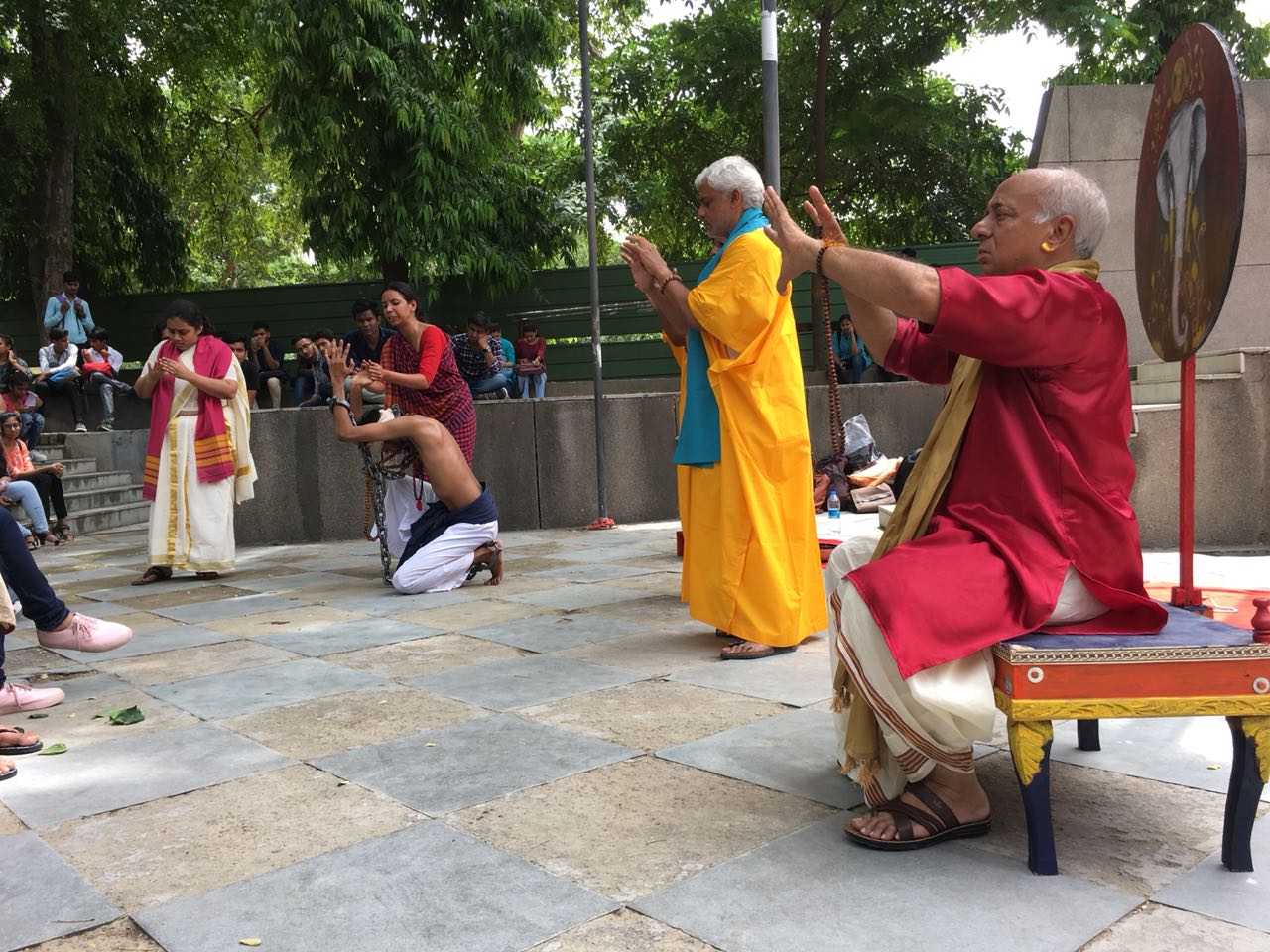 Tathagat is
A play presented by Jana Natya Manch is written and directed by Abhishek Majumdar. Music is by M.D. Pallvi

Set in an imaginary Buddhist kingdom in ancient India, Tathagat explores the ideas of caste and gender, rebellion and nationalism, freedom and courage.

Haridas, a shudra sculptor, has carved a statue of Buddha out of black stone with three missing fingers. He is sentenced to death as a traitor. On insistence of the queen, the king agrees to listen to Haridas’s plea in the court.

Expanding on the idea of tark (reason) in Buddhist philosophy, this play through the story of a vain king, a defiant queen, the rebellious sculptor, a courageous daasi, and a conniving courtier, examines the difference between a ‘traitorous’ and a ‘rebellious’ act.