UTILITY OF HONESTY IN TRADE
HONESTY THE BEDROCK OF SUCCESS -2
An award winning essay by K.B. Khushalani 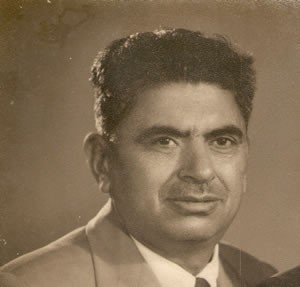 Never can anyone lose in business because of his honesty, and when such a report is received, one can take it for certain that there must be some other defect or defects in the organization, and that were it not for honesty, the concerned party would have incurred greater loss and at a much -earlier date than otherwise, for, as said above, that which takes long to establish takes long to dwindle. Honesty in fact makes up for many defects in staff, in management, in organization and individual abilities; it protects from grave fears. Weak administration, careless management, deficient organization, expenditure disproportionate to income incurred for unnecessary show, squandering of money by responsible persons connected with the concern, improper investment, defective accounts and dishonesty on the part of some one or other are the salient causes of failures of business, heavy losses and bankruptcy. A majority of failures occuring in petty concerns are due to defective accounts, but a still higher proportion of failures in both petty and big concerns can be attributed to dishonesty. Dishonesty is a termite, a canker, a pest that can eat up the very tissue of any undertaking, retard its growth and finally destroy it in toto. It needs to be guarded against from the beginning to the end

Dishonesty of the master induces the servant to be dishonest: it becomes a vicious circle ever widening itself by absorbing freshmen every day, and like an infectious disease catching hold of every one coming in contact- Every act of cheating by the employer produces a reflex effect on the employee, who, by his intimate contact with the former, is enamoured of the alluring gains easily got by the cut-short methods, and is tempted to adopt them for his personal benefit. He has none else to rob except his master; and he starts with double vengeance to make up for the time ‘uselessly passed in honesty’, he feels least for his master whose profession is cheating; and he knows that he has his share in the earnings of his master, which he wants to have over and above his pay as a reward; for sharing his sins and consequent smothering of his own conscience. The poor employer is doubly affected: his tricks-being sufficiently known by this time, his customers have started leaving him, and he finds his business on the wane on one hand, and on the other he is being robbed at home. He realizes his folly too late, or he may not realize it at all throughout his life. The vice invented by him has caught and entangled him. Similarly many partnerships have been ruined by dishonesty, If the same trader had put in all his efforts to prosper by honest means, he would surely have done better.