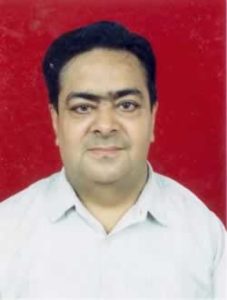 In his profession of more than thirty-eight years, Mr B. B. Nagpal has acquired a reputation as a journalist of eminence. He is now a prominent media and film columnist and Consulting Editor of the website indiantelevision.com.

Mr Nagpal, who retired from the United News of India, a national news agency, in November 2005 after a service of more than 36 years, has also held posts as Editor of the Lok Sabha TV channel  and Director (Coordination) of the South Asia Free Media Association (SAFMA).

Joining the United News of India (UNI) in 1969, he rose to become the post of the Chief of Bureau in-charge of the political, economic and general reporting in the agency in 2003 and retired in November 2005.

Though he began his stint in the agency on the Editorial side, he soon switched to reporting and worked as Legal Correspondent. Apart from this, Mr Nagpal successfully initiated coverage of the arts including cinema in the news agencies that had until the early seventies only stuck to hard political, commercial or sports news.

Mr Nagpal moved to the News Bureau in 1983 and was put in charge of reporting certain Central Ministries including the Information and Broadcasting Ministry, and also for reporting Parliament. Over the past twenty years, he has covered various Ministries, including Home, Personnel, Law and Justice, Education, Culture, and Tourism, and Information and Broadcasting which he has reported without a break for more than twenty years.

During the past two decades, Mr Nagpal has acquired expertise in the growth of the print and electronic media, and has been taking part in several seminars and discussions and published a large number of articles on the subject.

Since the early seventies, Mr Nagpal has been writing on Indian and international cinema. In fact, he has the credit of having reported every International Film Festival of India held since 1976, and also every National Film Awards function. In addition to UNI, his articles on cinema are today being published in Indian and foreign journals, and he is considered an authority on the subject.

Mr Nagpal has also served on several juries, including as a member two times of the Indian Panorama Selection Committee and on the jury of the National Television -Doordarshan – awards. He had also attended the first Pearl International Film and Television Film Festival at Penang in Malaysia in 1997. He has been a member of the Organising and Screening Committees of the International Film Festival of India and has been on the organising committee of CINEFAN, the annual Cinemaya Festival of Asian Cinema, since its inception in 1999 and is currently in-charge of the media coverage for this annual event.

Apart from working in the UNI, Mr Nagpal has worked as a correspondent for ‘The Hollywood Reporter’ and has been writing on the entertainment industry in India and as a film critic for various journals including the American ‘India Abroad’, ‘India in New York’, ‘TransIndia’ and ‘Desi Talk in New York’ and other Indian publications from overseas, apart from articles in the television monthlies ‘TV Takes’ and ‘Cable Quest’, and weeklies ‘Super Cinema’ and ‘Complete Cinema’. He had also worked as a critic for the ‘National Herald’ and ‘‘Women’s Era’’ and as a legal correspondent for reporting cases relating to cinema for ‘Screen’ in the late seventies.

Mr Nagpal served as a Course Coordinator and Professor in Journalism at the Centre for Mass Media of the New Delhi YMCA for eleven years from 1986 to 1997, during which period he designed the full time and short time courses. He is presently a visiting professor at the Amity School of Communications, the Indian Institute of Mass Communications, the Mass Communications Wing of the Aligarh Muslim University , and the NOIDA Centre of the Makhanlal Chaturvedi Institute.

He has published Indian Cinema 1996 and the National Film Awards brochures in 1998 and 2001 as guest editor at the invitation of the Central Government. He had also prepared a booklet on helping the common man understand film censorship at the request of the Directorate of Advertising and Visual Publicity. He edited the daily ‘Bioscope’ for the International Children’s Film Festival in 1999, 2001, 2003 and 2005 in Hyderabad for the Children’s Film Society , India , of the Information and Broadcasting Ministry.

Mr Nagpal has visited several countries as part of his professional work. These include the United States , the United Kingdom , Mauritius , Pakistan , Japan , Malaysia , Singapore , Hong Kong , Nigeria and Dubai . He was invited to Atlanta in the US in 1996 as a guest of CNN at the annual conference of their Contributors, and attended the South Asia Free Media Association meet in Lahore as part of the Indian delegation.