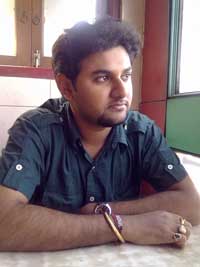 Sonnet Mondal has authored five collections of poetry and has been widely published and read all over the world.He was bestowed with honors such as Poet Laureate from Bombadil, Sweden, Doctor of Literature from United Writers’ Association, Secretary General’s honor and appointment from Poetas Del Mundo and many others.His latest books include Penumbra of Indian Verses and 21 Lines Fusion Sonnets of 21st Century which introduces a new genre of 21 Lines Sonnet. He is also the youngest Indian to be invited at the Struga Poetry Festival, Macedonia to represent India in their Golden Jubilee celebrations, which has been cited as an effort to increase the cultural cooperation between the two countries by the SPE authorities.He was featured as one of the famous five among bengali youths by India Today in 2010 and as an achiever by the Herald of India.His upcoming books include a novel in verse and the second part of 21 Lines Fusion