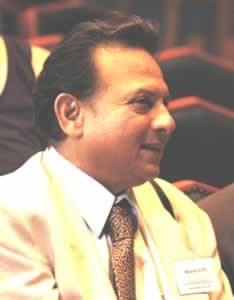 Bharat Gupt, an Associate Professor in English at the College of Vocational Studies of the University of Delhi, is a classicist, theatre theorist, sitar and surbahar player, musicologist, cultural analyst, and newspaper columnist. He is trained in both, Western and traditional Indian educational systems. He was awarded the McLuhan Fellowship by University of Toronto, and the Senior Onasis Fellowship to research in Greece on classical Greek theatre. He has lectured extensively at Universities in India, North America, Europe, and Greece. He was a Visiting Professor to Greece and member of jury of the Onasis award for drama. He serves on the Visiting Faculty at the National School of Drama, Delhi, and as resource scholar at the Indira Gandhi National Centre for the Arts and several other major centres and academies of the arts. He also gives annual public lectures in New Delhi at the Habitat Center and several other forums. His published books include: Dramatic Concepts Greek and Indian (1994), Natyasastra, Chapter 28: Ancient Scales of Indian Music (1996), Twelve Greek Poems into Hindi (2001), India: A Cultural Decline or Revival?(in press).