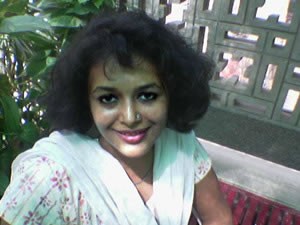 Joya John, completed her MPhil in English Literature, from Delhi University in 2004. She has since then taught English Literature in various colleges in Delhi University. Until recently she taught in Gargi College, where she was also the staff advisor of the Gargi College, Street Play Society. Presently Joya is pursuing her PhD in Minnesota, USA. Her academic interests involve minority literatures, specificallyDalit literatures from various parts of India. She is also interested in observing and commenting on cultural spaces, public and private domains and a broad range of issues that feed into cultural and media studies. She has adapted two street plays for performance in Delhi University. The first being Maahol Badalna Hai, a Saheli play, on sexual harassment in the workplace and the second a JANAM play on DTC buses and the problems of public transport in Delhi. She acted in the StageBuzz.infopresentation of the play To Anchor a Cloud