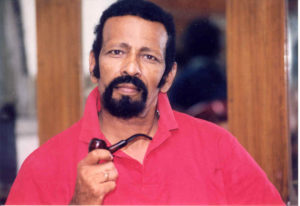 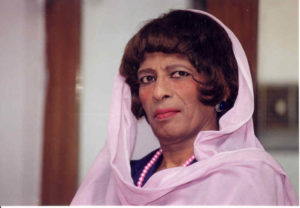 When was the last time you heard of a guy actually getting nabbed by the police on the basis of a newspaper ad displaying his mug? Don’t we all remember how different a terrorist, caught recently in Portugal, looked from his picture circulated earlier? Ask an actor – he will tell you all about bahoorupias.
What is an actor after all? A mimic who transforms himself to ape another person? A turncoat who abandons his own persona? A split personality? An exhibitionist? A person vying to be some one else? A being wanting to lead multiple lives? A person seeking a catharsis? May be he is all this and more. But 60 year old Subba Rao, former Dean Academics, who teaches Yoga and Voice at the National School of Drama, at an interactive workshop with students and the makeup man demonstrated just one such aspect of the actor – how makeup, with a bit of wool, a dab of colour, crepe and improvised objects (such as two pipes to replace a double barrel gun or a chunni for a pugree), and the appropriate expressions can make all the difference between truth and make believe. Subba also proves that make up need not be loud, just one additional tuft of hair and you can transcend your race to another. Just the addition of a pair spectacles can soften your face. A little bit of kajal and rouge can transform you sex. Did one hear someone say – looks could be deceptive? 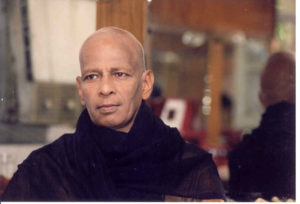 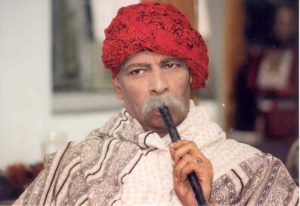