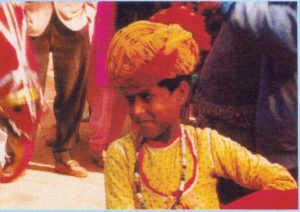 Let’s face it. If one has to enjoy educational video, then it must be presented in a pleasing and absorbing fashion. It was realised by the promoters of Educational Television that if viewers were to be attracted to their programs then the films must have impeccable aesthetics. To encourage and promote creative excellence The First UGC‑CEC Educational Video Competition was organised in the year 1988 in Delhi. As Pradeep Kaul, Director, Consortium for Educational Communication (CEC), put it: “The annual UGC‑CEC Educational Video Competition was instituted so as to nurture, encourage, and recognise excellence in educational video programming in India.”

Rajendra Mishra, Research Scientist, CEC, who has been associated with organising the Jury screenings every year, adds; “In the beginning the Competition was restricted only to the productions of Media Centres. However, since last seven years this Competition has been made open to all citizens and organisations of India who produce educational Programmes.” Unfortunately the Educational Films segment has not received the kind of support that it deserves. In fact the support has been dwindling. This writer too has  been fortunate to be a part of the Jury for a number of  years and can vouch for the quality of some of the films which won the awards. There are some films which one has seen as far back as seven years ago and remembers their brilliance to this day. Such was the impact of those rare films.

This year too the Jury has met and chosen the best Educational Films of 2002 under various categories, such as Best Educational Programme (for any audience); Best Educational Programme (for undergraduates); Best Educational Programme for Children, Teachers, Adults, on Child & Women Issues and on Environment Development and Human Rights; Technical Excellence awards and awards for Best Amateur Video Production for the year. CEC also instituted an award for Life Time Achievement in Educational Communication. In the last 5 years this award has been given to Fr. Gaston Roberge, Prof. E.V. Chitnis, Prof. Yash Pal, Vijaya Mulay, and Kiran Karnik. The life time award contains a citation, a trophy, and a shawl. All the other awards contain a cash prize, a trophy which is a stylised form of ‘veena’ and a certificate of excellence. The announcement for this year’s awards is due any day now and as soon as they are made public the readers of Mid Day will be privy to the results.

The Consortium for Educational Communication (CEC) is an Inter‑University Centre set up by the University Grants Commission (UGC) with the responsibility of utilising electronic media in education. Countrywide Classroom programmes are produced by 17 Media Centres set up by the UGC in the universities/institutions in India. These programmes produced in Hindi and English are telecast over the national network of Doordarshan CEC is vested with the responsibility of coordinating the management, research and production of the programmes at the Media Centres.

What may be of interest to the regular readers of this column is the fact that UGC-CEC recognises culture to be a definitive part of Education. This year too there were a number of films on this theme. ‘Some Roots Grow Upwards’ was a film based on the theatre of Rattan Thiyam, set against the backdrop of a strife torn region. ‘Rangayana- the Soul of Theatre’ was a film about the theatrical institution set up in Karnataka by the legendry B.V. Karanth. A series called ‘Creativity’ dealt with works of various painters such as Krishen Khanna, Arpita Singh, and Amitava Das. A couple of films on music completed the picture such as one on ‘Tabla’ from Pune and another on ‘Bauls’ from Calcutta. ‘Pung Cholom’ dealt with a Manipuri instrument by the same name. ‘Living in the Shadows’ was about leather puppeteers of Andhra Pradesh who were getting marginalised. Mishra is quite optimistic about the future, since the number of entries is on the rise each year. “India is the biggest producer of educational films,” claims Kaul, “in fact CEC itself has a repository of 11000 films!” Perhaps CEC could conduct a film appreciation course for educational films, similar to the one being conducted by FTII which deals with fictional films?