Dancing Away the Big Bad Wolf

Dancing Away the Big Bad Wolf:
Culture as a Site of Resistance to Big Capital 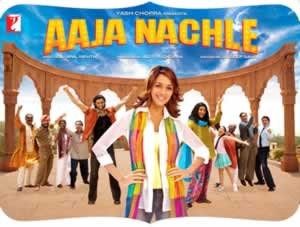 I recently saw Madhuri Dixit’s comeback film Aaja Nachle. However before you tell me that it is a little too late for a film review, I must clarify this not a film review. For those of you who have not seen the film a quick overview of the plot is necessary to see where my argument will lead.

Madhuri Dixit, or Diya as her character is called, returns from New York to the town of Shamli to revive a dance theatre called Ajanta, embodied in a performance space, that is to be mowed down to build a mall. Diya, strikes a deal with the rather flamboyant M.P. of the town played by Akshay Khanna, that in two months if she is able to stage a successful performance enacted by performers from Shamli itself, the M.P. will have to reconsider the proposal of building a mall. It is an uphill task, for Diya as she struggles with local goons and a motley crew of actors with no experience of performance or dance. The local businessman, played by Irfan Khan who has a vested interest in seeing the mall built tries to jeopardize the performance by buying off the local magnate, who was initially supporting the project, and also spreading vicious rumors about Diya’s past (Diya had eloped with a American journalist leaving her parents to bear the social stigma).Needless to say the project is a success, the performance of Laila Majnu by the group is a roaring success and the destruction of Ajanta is temporarily halted.

Art and Culture is often the site where this conflict between public resources and private interest, or small enterprise versus big capital is fought out. There are equivalents of it in Hollywood. The film,Sister Act, starring Whoopi Goldberg, portrays a state school the only hope for black children from the ghettoes, on the brink of closure. A ‘successful’ performance by the school choir helps to stall attempts to close down the school. What nobody notices in the bargain is the pressure on schools to show themselves as performing assets to continue getting funds from the government. The filmWhen Harry met Sally, portrays a small community based bookstore threatened by the opening up of a multimillion chain of bookstores. The USP of the small bookstore owned, by Meg Ryan, is its personalized customer care as opposed to the impersonality of the big chain.It however cannot compete with the magnitude of books and choices the big chain can provide at a less price. Here the romantic entanglement of Meg Ryan who runs the small bookstore and Tom Hanks the CEO of the chain provides a resolution to the conflict between small enterprise and big business capital. Big Capital (Tom Hanks) learns that it has to have a heart while doing business and it has much to learn from the expertise of the small bookstore. Meg Ryan’s bookstore however does close down, while the values it epitomizes get transferred to that of that the big chain. So the big chain wins out in the end anyway.

While these attempts reflect a certain subliminal awareness of a conflict between the public and private interests the resolutions that these films suggest remain inadequate. Often enough the critique of private, commercial interest seems to spring from assumptions of its crassness. Ajantatheatre is art for art’s sake, the sanskriti of Shamli, while the mall is only grimy commerce. Pitting a rarefied field of culture versus commerce is a risk. These oppositions are one that commerce and private interest would only be too comfortable with because this opposition de-links art from the processes of survival and livelihood. After all, an employee in a mall doesn’t need to be an accomplished dancer and performer to make a living. What stakes does a potential, uncultured, employee of a mall have in the preservation of an Ajanta?

The problem with Aaja Nachle lies in the circumscribed role it gives to art. While Shamli risks losing a public space because of the vested interests of business and local politicians the troupe struggles to stage a performance of Laila Majnu. The distance of Ajanta, from the hub of the city, is replayed in the remoteness of its theme, deliberately shorn of any topicality. The alienation and decrepitude that Ajanta faces, and which becomes a rationale for its destruction, perhaps springs from its deliberate eschewing of a more politically sharpened content. While Laila and Majnu meet their tragic fates a teary eyed Shamli, is temporarily united by art. However romance cannot take away the fact that someday someone in Shamli will still want to use public land to build a plush mall.

Joya John is a lecturer in the English department, Gargi College