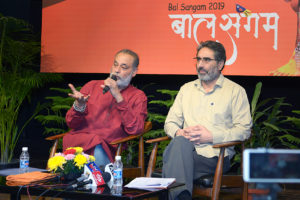 National School of  Drama, the foremost theatre training institutions in the world and the only one of its kind in India today announced the commencement of its much awaited 11th edition of Bal Sangam from 9th-12th November 2019, in its premises. The 11th edition of the festival will showcase enthralling folk & traditional performing Arts & folk Theatre from 12 states of India dedicated to children. 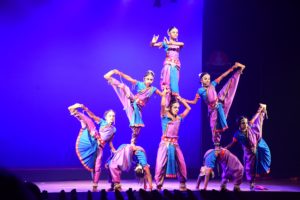 Bal Sangam, an outreach programme of Sanskaar Rang Toli (Theatre-in-Education Company), in every alternate year brings forth both the heritage and legacy of traditional art forms and performances that are presented by children belonging to traditional performing families, guru-paramparas, and institutions across the country.

The four-day cultural mela will begin on November 9th, five days ahead of the Children’s Day with an inaugural performance ‘Rangoli’ by folk and traditional child artistes of India, choreographed by renowned choreographer Shri Bharat Sharma, who has an illustrious career spanning over three decades. The Festival also includes folk dance, martial arts, acrobatics, street play performances and also acts like juggling, puppetry and magic shows.

To encourage eagerness in children for traditional performances, states like Assam, Odisha, Rajasthan, Manipur, Jammu and Kashmir, Karnataka, Telangana, Kerela, Gujarat, Punjab, Jharkhand, and Madhya Pradesh will bring to the fore the magic of folk performances and plays so that Indian cultural heritage will be preserved in this rapidly changing world.

Dr. Arjun Deo Charan, Acting Chairman, National School of Drama said, “The festival is an ensemble of various performing traditional art forms that are presented by children. We are proud that the TIE Company has been working hard to make children know about their own culture, traditions and values,”

Highlighting the importance of theatre and folk performances, Shri Suresh Sharma, Director-in-Charge, National School of Drama said “Theatre and folk performances are a great learning medium for exploring and sensitizing children towards issues. Such activities and festivals are a wonderful platform to not just perform, but learn, travel, and share. NSD believes that theatre makes a person sensitive towards issues and an active participant of society as it boosts powers of communication. Theatre brings in all these qualities and if children are introduced to this wonderful, they become better human beings”.

NSD authorities will be making special arrangements through various NGOs working with underprivileged children and social organisations, to reach out and invite children from not so privileged class so as to give them the due privilege to experience and be enriched by this long awaited festival of National School of Drama for children.

There will also be various types of art and craft workshops during the festival from 9th–12th November.

About National School of Drama

National School of Drama is one of the foremost theatre training institutions in the world and the only one of its kind in India. It’s an autonomous organization, fully financed by the Ministry of Culture, Government of India. Training in the School is highly intensive and is based on a thorough, comprehensive, carefully planned syllabus which covers every aspect of theatre and in which theory is related to practice.

Sanskaar Rang Toli (T.I.E. Co.) of NSD was established on October 16, 1989, and completed 30 years of its existence. Sanskaar Rang Toli is the only theatre education resource centers in the country and has worked with around 20 thousand children till date in various workshops. It consists of a group of actor-teachers working with and performing for children. The major focus of the TIE Company is to perform creative, curriculum-based and participatory plays in schools, specially designed and prepared for children of different age groups.

The TIE Company has done more than 2000 performances in various parts of the country. More than 10 lakh children, apart from college students, teachers, parents and theatre lovers, have witnessed these plays in approximately all the states in the country as well as internationally such as Poland, China, Philippines and Japan.

The Toli began with an objective of bridging the gap between passive education and an active method of learning by doing through its performances of varied plays, Summer Theatre Workshops on self-development and social integration, Sunday Club for devising original performances with children, workshops with teachers on effective teaching-learning process. All these activities are practiced round the year as per the children’s annual school calendar in Delhi and other parts of the country.