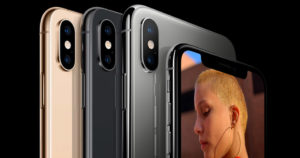 The iPhone Xs and Xs max are the latest phones launched by apple last year. These phones also have brought much needed feature upgrades that were needed by apple’s previous flagship models. Though compared to current set of choices among smartphones, the iPhone XS isn’t a winner in all aspects but it does strike a right balance when it comes to screen size and body ratio which is very important for user experience now a days.

Though when its predecessor iPhone X was launched, apple set a standard for majority of flagship devices by managing to pack edge-to-edge display, replacing the top bezel with a notch and doing away with the home button. This year as well, apple has managed to woo the competition by making iPhone Xs more powerful by using its A12 bionic processor, IP68 water protection and a massive 5.8 inch super retina display. Apart from that apple has also added a brand new gold colour to its current line up which honestly looks really good and has a premium appeal to it.

As far as the camera is concerned, the iPhone Xs has a dual camera setup (wide-angle lens and telephoto lens) which is capable of shooting 4K videos at 60fps. On the front side it sports a 7MP – TrueDepth camera which can shoot photos and videos at 1080p. This year’s iPhone also comes with dual sim capability but with a twist i.e the iPhone XS only accepts the combination of Nano-SIM along with eSIM card.

Furthermore the iPhone Xs comes in 3 beautiful finishes – Gold, Silver & Space Grey along with 3 storage options – 64GB, 256GB and 512GB. Though a 128GB option would be much better as I think now a days, 64GB wont be enough to use iPhone Xs at its full capacity.

Coming to its design, this year’s iPhone with the surgical-grade stainless steel but the screen and rear glass has a new formulation of glass which Apple says is the toughest ever used in a phone. The water-resistance has also been improved to IP68, up from IP67, therefore allowing it to be submerged at a depth of 2m for upto 30 minutes.

Performance wise, the all new A12 bionic processor is 15% faster than the previous A11 chip. With 8 cores, it is also 50% faster in terms of graphics performance and has 50% lower power usage in efficiency cores. According to apple the A12 chip is capable of processing upto trillion operations per second, considerably up from the 600 billion which the A11 could handle. This amount of powerful processing will also allow us to see more augmented reality based apps in the future. Moreover battery life has also been improved a little bit, allowing an additional 30 min extra screen time.