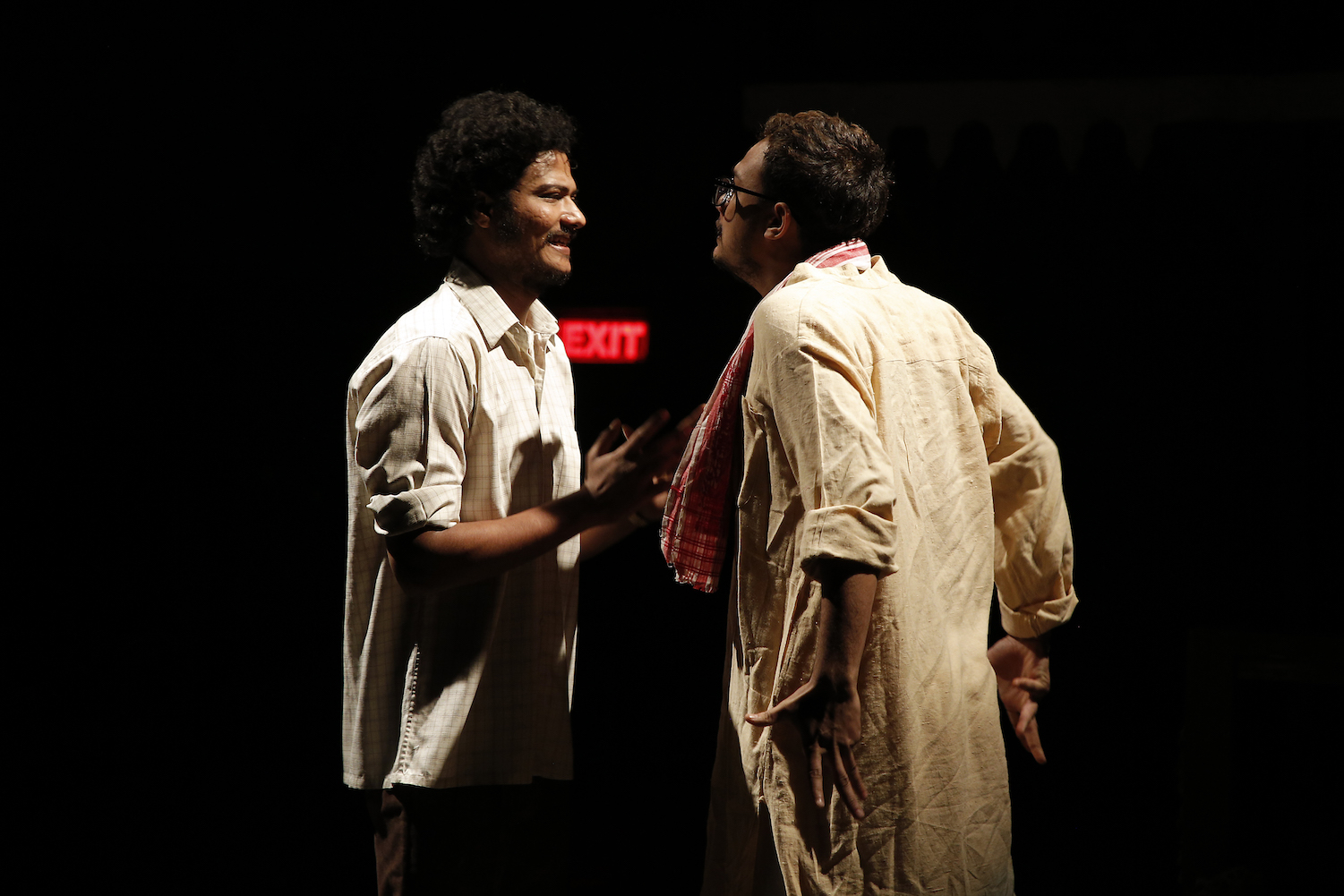 Set in the 1960’s, this play moves from comic relief to comic relief…! The relief, however, one shall realize, is from the rather serious determination and steadfast passion that a fairly large crowd of young theatre enthusiasts nurtures in its attempt to stage a play that is meant to open in two days’ time. Their dream of doing well is hindered by an aged matron who also happens to be the aunt of the heroine of the play. Theatre or no theatre, acting or no acting, lies or no lies, this generation or that generation – you shall join these dilemmatic crossroads with the characters of the play to partake in a roller coaster ride of love, unity, traditions and passion for the stage. And yes…they finally staged the play successfully!

Can a language have what has come to be called ‘purity’? Is accent a part of one’s identity or does it exists outside an individual’s personality, therefore demanding avoidance, removal, extermination? Is language necessary for communication, to build one’s identity? Our body carries its culture with it – a fact that no one can escape. I wanted to incorporate our multifarious cultural codes entwining and entangling with each other within the context of the play. Dealing with this concern seemed exciting and through the process a Garbha Nataka i.e. a play within a play, could generate. You shall find, like in our lives, that many events take place simultaneously throughout the play. This simultaneity is what I see as an important characteristic emerging within my performance-making process. The structure of the play, and the structure of the space-design for the play, both carry strong threads of simultaneity. Do not be disturbed by it! One does not get to witness everything happening around one’s life! Maybe, one does not need to. Let’s be as realistic as possible! So…. Lights, Sound, Make-Up, Costume … Action….!

Sagnik Chakraborty has done the three-year diploma course with specialization in Design and Direction from National School of Drama, New Delhi. He has been an active theatre worker from Siliguri, West Bengal. Now he is working as a freelance designer and director.

Badal Sircar was a dramatist and theatre director from Bengal. He was the founder of Shatabdi, a theatre company founded in 1976. His plays Ebong Indrajit, Basi Khabar and Saari Raat are regarded as classics and are timeless. He was awarded the Sangeet Natak Akademi Award in 1968, Padmashri in1972, and the Sangeet Natak Akademi Fellowship in 1997. His real name was Sudhindra Sircar, and he was born on July 15, 1925 in Kolkata. Badal studied Engineering and Literature. His earlier works were comedies, and later he wrote on serious subjects. After writing the landmark play Ebong Indrajit, he wrote a series of extraordinary plays like Baaki Itihaas (1965), Pralap (1966), Tringsha Shatabdi (1966), Pagla Ghoda (1967), and Shesh Naai (1969).