KARNATAKA TO SET UP CHALCHITRA ACADEMY AND GIVE GREATER SUBSIDY FOR CHILDREN’S FILMS A Report by our Roving Film Critic B.B. Nagpal 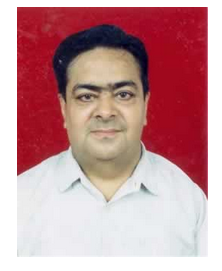 Bangalore , 24 January: The Karnataka Government is to set up aChalchitra Academy shortly to help the Kannada film industry and will also seek to increase the budgetary grant for promotion of good cinema in the next financial year.

Chief Minister B S Yeddyurappa said during the Third Bengalooru International Film Festival here that his government was also considering doubling the number of children’s films to which it gives a grant every year. At present, only two children’s films are given a grant of Rs 2.5 million each every year.

The Chief Minister also said the state government was drawing up an appropriate programme to mark seventyfive years of Kannada cinema.

A total of more than 150 films from about thirty countries were screened in various sections of the Festival, in six screens spread over four venues.

The Festival was organised by the Suchitra Cinema and Cultural Academyin collaboration with the Karnataka government, and was supported fully by the Kannada film industry.

The Kannada section of the Festival, a highlight of which was a two-hour long DVD film on the evolution of Kannada film music over the year, was inaugurated yesterday by the noted singer and music director, C. Aswath, at a function presided over by former Karnataka Film Chamber of Commerce President K. V. Gupta.

The Indian Panorama Section was inaugurated by Prakash Rai – who has starred in the film ‘Kanjeevaram’ by Priyadarshan which is part of the Panorama -and K. V. R. Tagore, Additional Director General of Police, who presided. Mr. Suresh Heblikar, noted actor, director and environmentalist, inaugurate the Documentary and Short Films section, in the presence of Dr. Ajay Kumar Singh, Additional Director General of Police, who is himself a filmmaker.

As part of the Festival, six children’s films were screened and this section was inaugurated by Master Kishan, who directed the film ‘Care of Footpath’ and entered the record books as the youngest Indian director. The screenings had been organized for school children from designated schools. In all about 1200 students watched films. Discussions about the films viewed were arranged after every screening. Distinguished personalities who work with children took part in the interactions.

A Photo Exhibition on 75 years of Kannada Cinema compiled by the Department of Information of the state Government was inaugurated at the main venue Vision Cinemas by the celebrated cinematographer Mr. V. K. Murthy.

To mark the platinum jubilee of Kannada cinema nearly 40 landmark films, both in 35mm and digital format, were screened in all the festival venues in vision cinemas, K. H. Patil Auditorium, Badami House and Suchitra, Twenty Eight documentaries – all from India – and nearly a dozen children films from various countries, are also being screened during the festival.

Entry to the public was by delegate passes for Rs. 500 for the entire Festival, while students of journalism and communication in all colleges and film schools and members of all film societies can get entry at a concessional rate of Rs. 300.