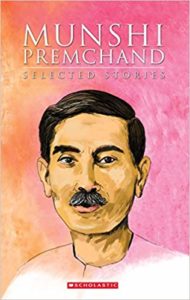 A Review by Prof. Manohar Khushalani

IICs  Annual Day was celebrated with a fitting tribute to Munshi Premchand by dramatic renditions of four of his most well known short stories directed by Rajinder Nath and presented by Nepathya Foundation. All the four plays were really heartwarming epitomized by the Director’s deft presentation, which was minimalistic and intellectually stimulating, thus doing justice to the author’s own style of writing. Competent performances by all the actors, especially Mala Kumar, Rekha Johri,  Animesh Singhal and Gaurav Sehgal propelled the play.

Known as a pragmatist, social reality and pathos has been the focus of Premchan’s writings, which was also emulated by two of the plays performed that day; Shanti and Satgati. But, pathos isn’t the only emotion he could write about. In ‘Moteram Ji Shastri’, the story of a lovable charlatan, who, like Molier’s Mock Doctor, gives us twinkle-eyed humour of unbelievable situations. But, despite his wife’s warnings, of not getting entangled with women, Moteram ends up becoming the Queen’s physician, enchanting her with his gift of poetic gab, only to be kicked unceremoniously out by the guards.

Bade Bhai Sahab, a light-hearted story of sibling rivalry between two brothers, one of whom is five years elder to the other. While the elder brother is prone to sermonize the younger one; on the need to take studies seriously, much to his own embarrassment, the younger one catches up with him as he gets promoted each year. Unfortunately, the older one stays put in the same class. Charmingly enacted, the mirthful story ends with food for thought. Is educational qualification really superior to wisdom laden experience? 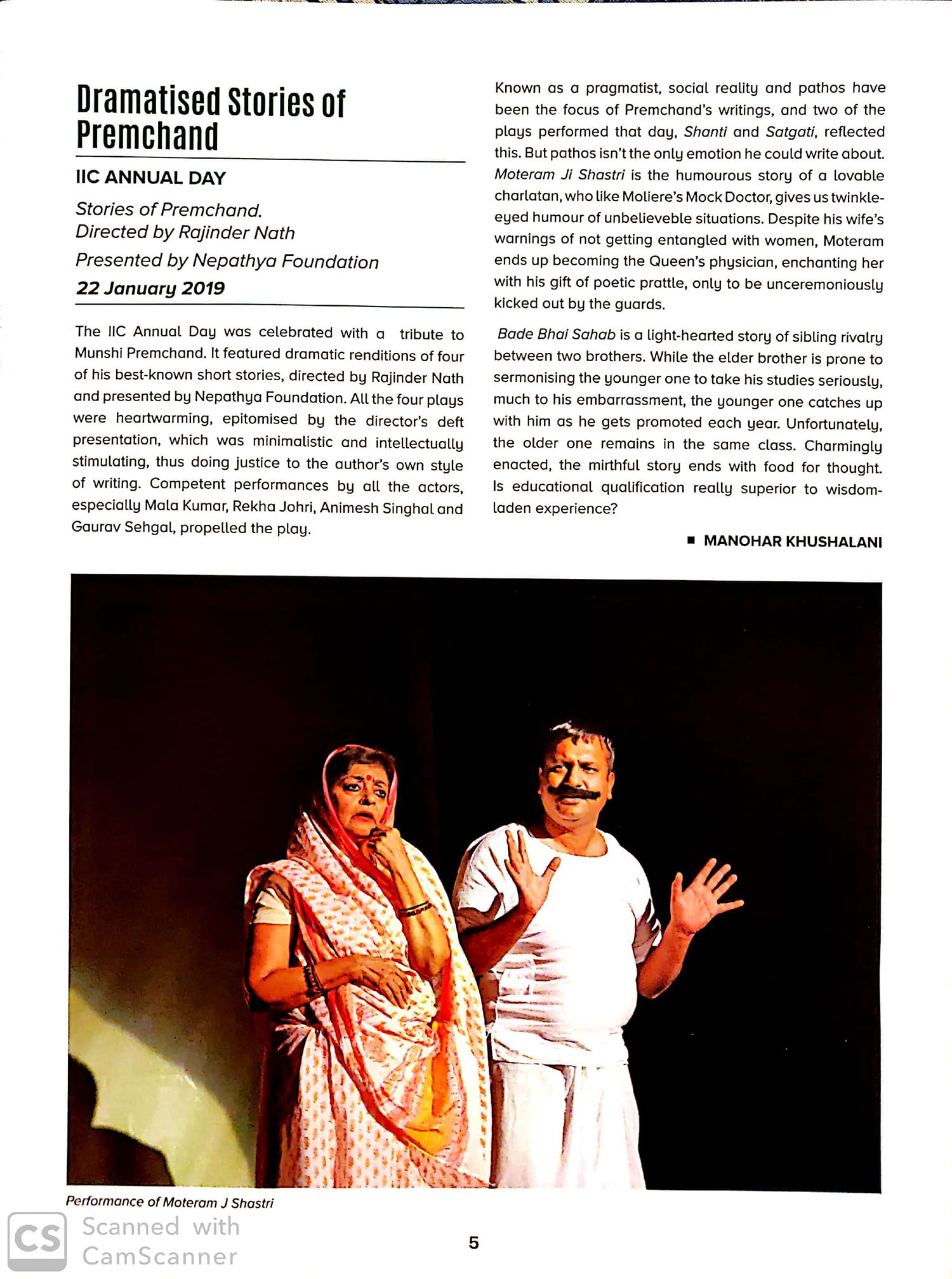 Review as published in IIC Diary