Ram Gopal Bajaj, the founder of Bharangam to be felicitated on the Inaugural 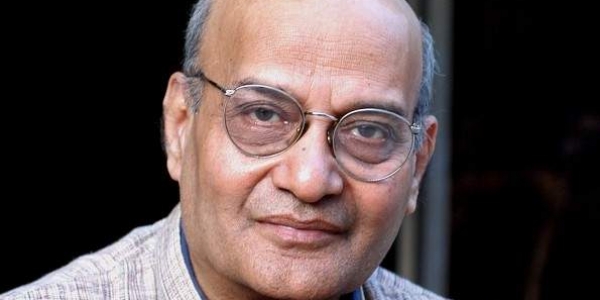 National School of Drama’s 20th Bharat Rang Mahotsav, the International Theatre Festival of India, is Back with a Bang; Gears Up to Dazzle India

A key feature of the inaugural ceremony of the festival is the felicitation of its founder Ram Gopal Bajaj, who was the Director of National School of Drama. It was his visualisation of the idea of bringing best of theatre from India and later all over the world, to help the students of NSD to see the possibilities of theatre and also an experience for the audience to absorb and be enriched.

Bharat Rang Mahotsav (BRM), the annual theatre festival is organized by the National School of Drama (NSD), was established two decades ago, by Ramgopal Bajaj to stimulate the growth and development of theatre across India. Originally a national festival showcasing the work of the most creative theatre workers in India, BRM has evolved to international scope, hosting theatre groups from around the world, and is now the largest theatre festival of Asia. Till date, BRM was celebrated in New Delhi and has travelled to several cities in India, presenting an overwhelming 1787 plays, and riveted thousands of audiences who basked in the glory of heart-winning stories and superior performances.

The 20th edition of BRM will include various national and international performances, and associated events such as, ‘Director’s Meet’, ‘Living Legends’, and ‘Master Class’. This year, the festival pays a tribute to Mahatma Gandhi, the ‘Father of the Nation’, on his 150th birth anniversary and will stage plays depicting the Gandhian philosophy and the dilemmas Bapu had as a person. The 20th Bharat Rang Mahotsav also hold parallel festival in other cities including Dibrugarh (Assam), Varanasi (Uttar Pradesh), Ranchi (Jharkhand), Mysore (Karnataka), and Rajkot (Gujarat).

The 21-day long festival will stage plays in Hindi, English, and other regional and international languages. International productions from Bangladesh, Poland, Russia, Sri Lanka, the Czech Republic, Italy, Nepal, Romania, and Singapore will also enthrall the audience during the festival.

Apart from plays, the festival will also host folk performances and other traditional performing art forms, street plays by around 50 dramatic societies of colleges in Delhi, and national and international seminars discussing the theatre scenario in India and abroad.BRM is organized by National School of Drama (NSD), an autonomous institution under the Ministry of Culture, Govt. of India and one of the foremost theatre training institutions in the world.

20th Bharat Rang Mahotsav (BRM), the largest theatre festival in Asia, organized by the National School of Drama (NSD), is all set to bring its bouquet of plays, interactive sessions, and other cultural events to cheer up the winter afternoons of theatre enthusiasts in the city.

The inaugural ceremony will be held at Kamani auditorium on 1st February, 2019 at 6:00 PM followed by the performance of ‘Karanth ke Rang’, directed by Amod Bhatt. The 50-minute long performance is a medley of songs composed by late Shri B V Karanth, a stalwart of Kannada and Hindi theatres. Shri Karanth was a prolific composer of songs and scripts for theatre and directed and acted in many productions.

The festival, which enters its 20th edition this year, is celebrating the 150th birth anniversary of Mahatma Gandhi – 4 of the plays to be staged on the life, philosophy, and principles of the ‘Father of the Nation’. The festival will host 69 Indian and 15 foreign plays across India, selected after screening. Additionally, 9 folk productions, 5 plays by NSD diploma students, 1 production from the Sikkim center of NSD, 3 plays by the NSD Repertory as well as 5 invitee plays by eminent theatre practitioners will captivate the theatregoers across India.

The national capital will host 89 plays: 25 plays in Hindi, 16 in Bengali, 5 in Kannada, 2 in Marathi, 2 in Odia, 2 in Gujarati, 2 in Manipuri, 3 in English, 2 in Assamese, 2 in Malayalam and 1 each in Maithili, Telugu, Nepali, and Sanskrit, in addition to 15 foreign plays, the festival also brings 8 folk performances to theatre aficionados in the city.

The 21-day long festival this year will include plays in Hindi, English, and other regional languages. International productions from countries such as Bangladesh, Poland, Russia, Sri Lanka, the Czech Republic, Italy, Nepal, Romania, and Singapore as well as non-verbal, folk, and multi-lingual performances will enthrall the audience during the theatrical spectacle.

Apart from the spellbinding performances and interaction with thespians and eminent personalities from the world of theatre, the festival in Delhi will also have 2 international and 2 national seminars on theatre. The national seminars to be held in New Delhi will attend to the topic ‘Is Modern Theatre Inclusive?’ and will hold sessions dedicated to ‘Notion of State and Representation’, ‘Unrepresented Form’, and ‘Non-Governmental Curating and Funding Policy’.

Besides, the NSD campus will be abuzz with street plays, ambience shows, and ‘Theatre Bazar’, a motley of stalls offering a range of products and culinary delights. The youth forum shows will comprise performances by dramatic societies of nearly 50 colleges in Delhi while ambience performances will bring folk dance and other traditional performing art forms.

“The art of theatre is the oldest and the strongest medium that conveys human emotions in a manner that defies temporal boundaries. We are delighted to usher in the Bharat Rang Mahotsav to its 20th year and have made all efforts to bring a selection of quality plays, choosing the best out of 960 submissions. There are 9 folk performances being presented in Delhi as well as invitee plays and productions in regional languages. We have tried to accommodate as many young theatre enthusiasts as we can, since the institution aim to foster the growth of young talents through the platform of BRM,” says Shri Suresh Sharma, Director In-charge, National School of Drama (NSD).

“Theatre is a celebrated art form across the world and I am happy that this festival gives us a chance to witness many of the plays which have received critical acclaim globally. BRM aims at bringing together people and hence, we have spread the festival across the country so that theatre reaches more and more people. BRM has been a very successful festival attracting a lot of audience, including first-timers and we hope a similar run this year too,” says Dr. Arjun Deo Charan, Acting Chairman, NSD Society.

About National School of Drama (NSD)

The National School of Drama is one of the foremost theatre training institution in the world and the only one of its kind in India. It was set up by the Sangeet Natak Akademi as one of its constituent units in 1959. In 1975, it became an independent entity and was registered as an autonomous organization under the Societies Registration Act XXI of 1860, fully financed by the Ministry of Culture, Government of India. It offers 3-years training program in every aspect of theatre with a special focus on the practical implementation of theories. The NSD has two performing wings – the Repertory Company and Theatre-in-Education Company (TiE) that started in 1964 and 1989, respectively.