An Insight on  his Life  by Naveen Gupta 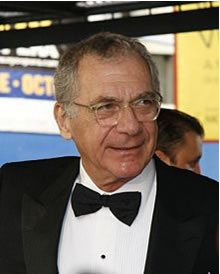 Sydney Irwin Pollack was born to a family of Jewish immigrants from Russia, to an alcoholic mother and a professional boxer and pharmacist father. His parents separated when he was very young, in fact his mother died at the age of 37.

He began as an actor studying under Sanford Meisner at New York’s Neighbourhood Playhouse and stayed back as acting coach on his mentor’s request. He continued to appear on Broadway and TV. It was this experience gathered as an actor that made Sydney Pollack the director elicit powerhouse performances from Robert Redford, Jane Fonda, Dustin Hoffman, Barbara Streisand, Paul Newman and Burt Lancaster. He directed more than 21 films and 10 TV serials, acted in over 30 films and produced over 44 films.

His first break came on TV, while working for John Frankenheimer; he met Burt Lancaster, who got him into directing TV shows. Pollack directed over 80 shows including the 15 episodes of highly popular TV show, ‘Ben Casey,’ His first feature, ‘The Slender Thread’,(1965) with Anne Bancroft and Sidney Poitier was taut black and white thriller, that opened with an aerial shot, something which was to become one of his trademarks, and in full flow in such films as ‘Three days of the Condor’(1975) and ‘Out of Africa’(1985). His next three ventures were all bummers: ‘The Property is condemned’ (1966), ‘The Scalp hunters”(1968) and ‘Castle Keep’ all bombed at the box-office. He silenced his critics the very next year, when he pulled a coup of sorts by helming a deliberately toned down adaptation of Horace McCoy’s novel, ‘They shoot horses don’t they’, (1969). The film garnered 9 Oscar nominations, with Gig Young getting the sole statuette as best supporting actor for his portrayal of a sleazy emcee.

The public and critics both appreciated ‘The way we were’, (1973) for sizzling chemistry between Streisand and Redford, Out of 6 Oscar nominations, the film got for original dramatic score and best song. His next venture,’ The Electric Horseman,’(1979) with his favourite Redford was a rip-off of the cult classic’ Lonely are the brave’ and was a dud at the box-office and with critics for being a sappy love story. Pollack bounced back to his form in 1982 with ‘Tootsie’, the biggest commercial and critical success of his career so far, with Hoffman and Jessica Lange. The film nominated for 10 Oscars was decimated at the ceremony by ‘Gandhi’, with Jessica Lange picking the sole Oscar for best supporting actress. Pollack acted as Hoffman’s agent in the film as response to the gauntlet thrown to him by his lead actor, who was getting on his nerves, picking fights with the director on the sets. Hoffman could afford to mess with Nichols or a Levinson, but Pollack was an accomplished actor, who could hold his own even in front of camera.

His swansong was the biopic on Danish writer Isak Dinesen or Karen Blixen, ‘Out of Africa’, (1985). The film bagged 7 Oscars out of 11 nominations, with Pollack getting his long due double whammy, as producer and director. In his later years, Pollack turned to an active role as a producer of films like ‘Major League’ (1989)’The Fabulous Baker Boys’ (1989), ‘Presumed innocent’ (1990), the compelling ’Searching for Bobby Fischer,’(1993). During this period he helmed only ‘Havana’ (1990) with his favourite Redford and ‘The Firm’ with Tom Cruise. He kept on acting till the very last with a quirkish charm that was on display in ‘The Interpreter’ (2005) ‘Eyes Wide Shut’ (1999), ‘Husbands and Wives’ (1992), ‘The Player’ (1992) and sitcoms like ‘Will & Grace’, ‘The Sopranos’ and ‘Entourage’.

In 2007, he appeared opposite George Clooney in ‘Michael Clayton’, a film that he also co-produced. His death of Cancer on May 26,2008 at the age of 73, at his home with his wife of 50 years, Claire Griswold, at his side was nine months after he had been diagnosed with the disease.

Mr. Sydney Pollack, they don’t make men like you with that rare ability to juggle various hats while producing and directing masterpieces. You shall be missed, dear sir.

Some of the films and roles of Sydney Pollack.