Project Half Widows, in partnership with IAWRT and APDP

in partnership with IAWRT and APDP 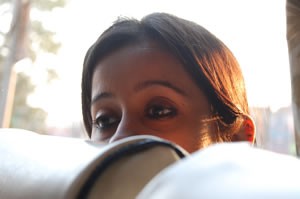 The project ”Half Widows” is a three year media  project. which began in 2006.  The project is a partnership between International Association of Women in Radio and Television(IAWRT), a forum for personal contact and professional development among women broadcasters worldwide  and the Association of Parents of Disappeared Persons( APDP) Kashmir. APDP is an association of the relatives of the victims of Enforced Disappearances, campaigning collectively to seek justice and to get information on the whereabouts of the missing members of their families. The project conceived and executed by Iffat Fatima is supported by FOKUS, a Norwegian based organisation which by supporting project based cooperation between Nowegian and their partner organisations in the south, aims to contribute to the improvement of economic, social and political status of women world wide.

The  project is about the struggle of the  family members of the disappeared persons in Kashmir.who have spent vast sums of money, time, resources and energy in a legal system that  has systematically failed to provide justice to the victims. Enforced disappearance is not recognized as a crime under Indian law. Specifically the project is about women whose husbands have disappeared and are missing  in the more than decade old violence in Kashmir. These women known as half widows in Kashmir, are  living in a state of limbo, suspended in a space where they lead a life of uncertainity and anxiety. There is no closure for them to pick up the threads of their lives and move on. Being young and vulnerable they are under the pressure of their family and society to stay within the framework of marriage and conform to a marital status, while as the reality is that they are without husbands. Their lives are torn apart and their status undefined, subject to Islamic legal procedures which are ambiguous and determined by local interpretations.

APDP was founded in 1994 by Parveena Ahangar whose 17-year-old son was abducted and never heard of again In 1994. Parveena filed a habeas corpus petition in the Srinagar High Court. With the help of human rights activists and lawyers more and more petitions continued to be filed. More and more family members got together, went to court together, held demonstrations together. Thus began a movement, a collective struggle formalized as APDP. The testimonies of the members of APDP and the documentation of cases of disappeared persons in Kashmir indicate that the practice of enforced disappearance is widespread and systematic. Almost 8000 people are thought to have disappeared, some as young as 13 or 14 years old. A large number of disappearance cases remain undocumented for various reasons, including fear of reprisal allegedly by the security forces.

The media project seeks to document the personal experiences of these women and the stories which emerge from these experiences through the production of a documentary film. The documentary film will explore issues of memory , violence and healing and be a space for women whose voice is buried in the larger political and militaristic discourse to narrate  their experiences with violence from their own perspectives. Besides a video documentary the project also includes 3 to 4 short video magazines which highlight immediate concerns and problems confronted by women as theystruggle to get legal assistance and information about their family members who are missing.

However the larger objective of the project is to assist and support the APDP effort to launch a long term self sustaining information and advocacy campaign against “Disappearances”  and to build awareness about  its impact on women  Community level participation and networking is an important component of the  campaign. The process of documentation,  dissemination and distribution is being undertaken through a consultative process with APDP members, a network of organisations, activists, academics and practitioners. Through workshops, and conferences APDP members are trained to acquire long term organisational and media skills to be able to carry on the advocacy campaign independently.   The project raises  important issues of human rights, peace and justice  confronting other countries as well. It will generate material that has international resonance as well as relevance and  will urge policy makers and those who wield power to address the concerns of human rights , democracy and justice.