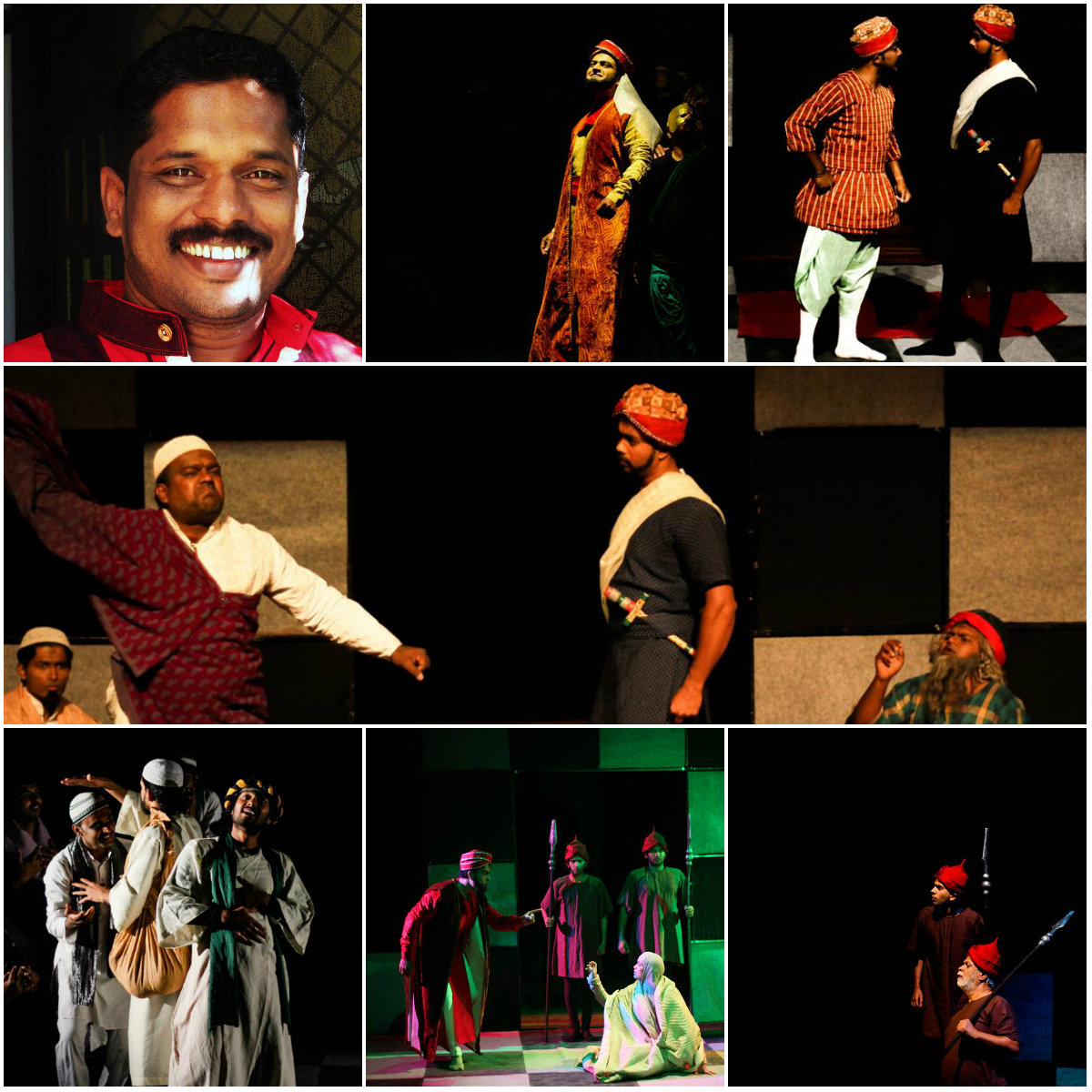 Tughlaq is a political play about the turbulent rule of Mohammad Bin Tughlaq. The protagonist, Mohammad bin Tughlaq, had great ideas and a grand vision, but his reign was an abject failure. Tughlaq was known for his reformist ideas, one of which was shifting the capital from Delhi to Daulatabad in order to have a capital that is in the centre of his province. This play covers the consequences that followed this decision. The play dramatically highlights the importance of credibility and authenticity for a leader.  The play outlines his clever plots to eliminate his opponents and ends with scenes of utter chaos and misery in the kingdom, and Tughlaq being left alone, having been abandoned by those who survived him. Tughlaq, analyses the various dimensions of ‘how’ or ‘what’ a ruler should or should not be. It is this contemporarily relevant idea that we should gather from the play than mere history.

Dr. Samkutty Pattomkary is a freelance director, designer and technical trainer in theatre. Formerly, an executive member of the Kerala Sangeet Natak Academy, Government of Kerala. Some of his plays as a script writer include Bheemaparvam , Deepra Thamas (Illuminated Darkness),  Urubhanga Sangodom  etc. As a director, he has been associated with many plays like, Kaalam Sakshi, Andha Yug, Ghatakarpparanma, Anth Nahin, Mahachaitra, Yeshodhare, Medea etc.  He has also designed more than 350 amateur/professional theatre and dance productions in Kerala with many leading directors from Kerala and abroad. In cinema, Dr. Pattomkary has acted for the documentary film Nayanarude Katha, worked as Director for the documentary film From Hutment Colonies to Agricultural Land and as an Art Director for movies like Mankolangal and English film Tantra. Dr. Pattomkary has received many awards, some of them being, Bank men’s Art Director Award, G. Sankara Pillai Endowment Award, Thoppil Bhasi Director Award (KPAC) and School of Drama Silver Jubilee Award.