To Kill or Not To Kill? Directed By: Ovlyakuli Khodjakuli 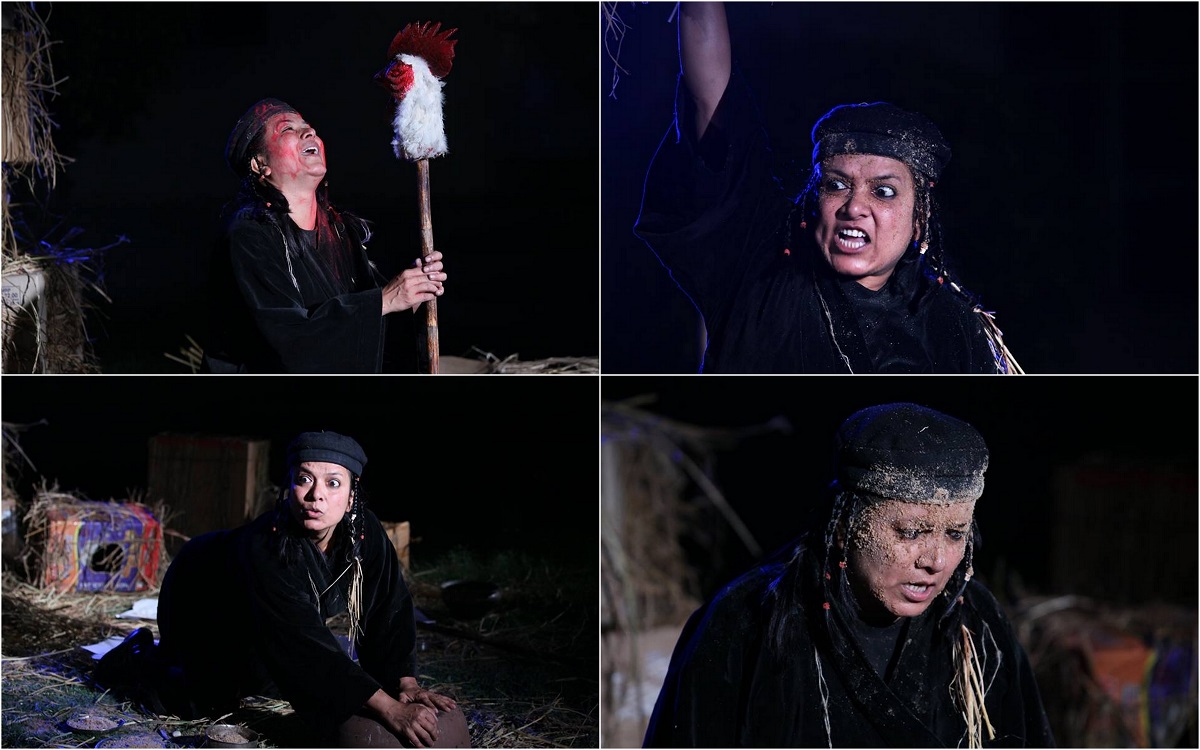 To Kill or Not To Kill? attempts to see a male character (Hamlet) and a female character (Medea), who had gone through the power struggle of their respective genders and were also the victims of extreme violence.  Euripides’ characterization of Medea exhibits the inner conflicts of love, extreme emotions and passionate vengeance. Medea is widely read as a proto-feminist text to the extent that it sympathetically explores the disadvantages of being a woman in a patriarchal society. Adapted from Shakespeare’s, Hamlet is a story that displays characteristics of a patriarchal society and fails to acknowledge a female perspective. Hamlet’s anger is, in part, a power struggle with his mother.  Hamlet uses Ophelia’s exploited position of inferiority as an opportunity to manipulate and harm her. He carelessly spills out jealousy and insecurity in his intentionally hurtful statements. Although we can speculate the cause of Hamlet’s anger, it is difficult to speculate Medea’s feelings.

A woman, downtrodden by society in a little “corner” and under pressure of life’s difficulties, starts imagining herself as Medea and Hamlet. Actually, she does not represent these two tragic characters, but feels that her personal tragedy is not less than Medea’s or Hamlet’s.  In the production, Hamlet’s life events develop parallel to Medea’s life story. They are absolutely different stories but are similar in a tragic decision taken by these characters, just like our heroine. She uses words employed by Hamlet and Medea but it seems that she has come to the same ideas which were bothering both of them. The performance is based on improvisation and the actress shares her next step with the audience, even when it includes a difficult decision like: “To kill or not to kill?”

Ovlyakuli Khodjakuli is a prominent theatre director of central Asia. He completed his course in Theatre Studies from the Theatre Institute in Tashkent, and went on to work as the Artistic Director of the Turkmenistan Drama and Music Theatre, and the Youth Theatre in Ashgabat. He has worked with several theatre personalities and has directed over fifty plays. Ovlyakuli’s theatre is a paradoxical phenomenon that combines the skills of the Russian Theatrical School with ‘sovereign’ views. He received the Best Production Award at the International Theatre Festival in Germany, Poland, Italy, Switzerland, Russia, and Finland. His theatre isn’t dictated by mercantile, pragmatic and temporary aims, but is devoted to passions and feelings as well as eternal and universal ideas.