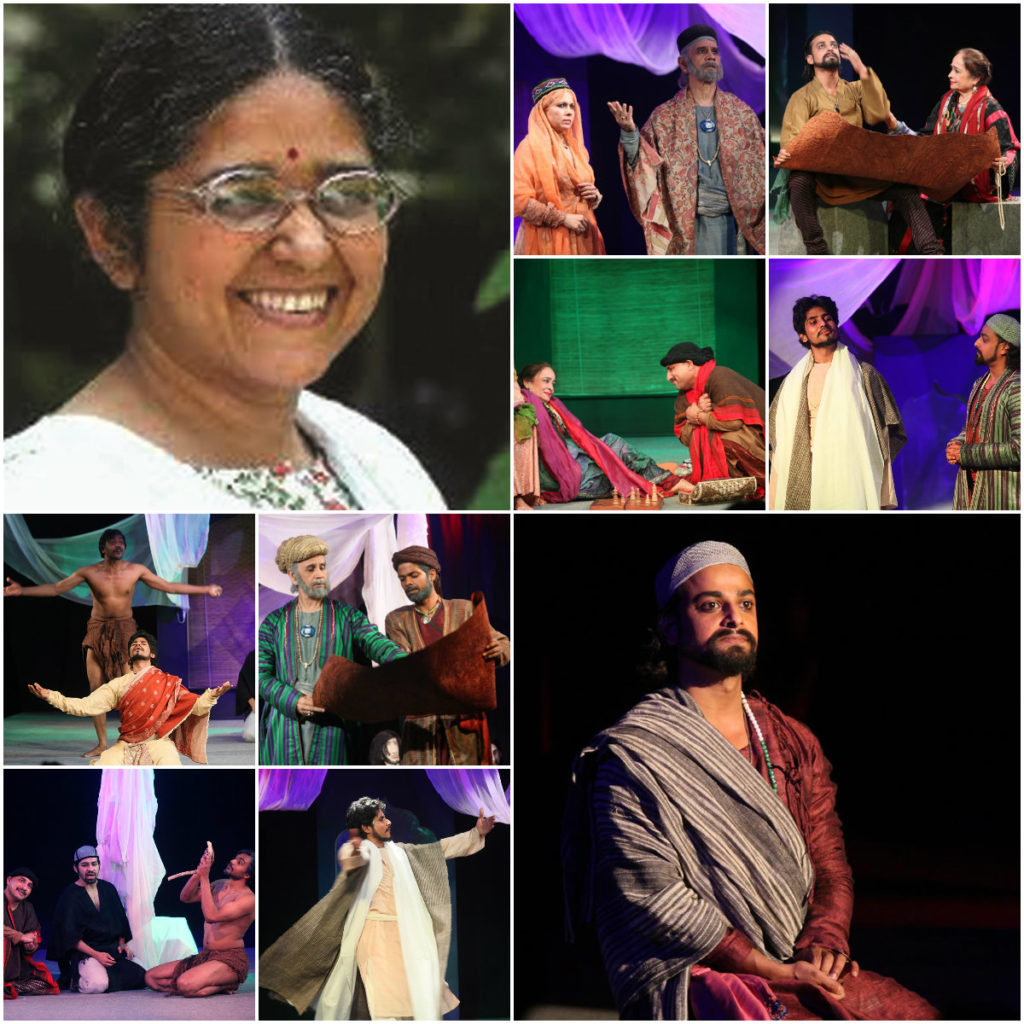 Dara, a play in Urdu, relives the conflict of Mughal India in the mid-seventeenth century. The play begins with Dara’s own desire to succeed his father as Emperor of India, and the competing inclination within him to achieve mystical realization through a study of the major religions. His untiring study, his work on the translation of Hindu texts into Persian, as well as his development as a poet and philosopher, made Dara quite oblivious of what it takes for a Mughal prince to ascend to the Peacock Throne. Aurangzeb, a devout Muslim and strong in his faith, has the fortitude and determination to become emperor. In parallel with the lives of the brothers are those of their two sisters, Jahanara and Roshanara. Without families of their own, they ally themselves with different brothers to find their individual purpose and, thus, have their own role in sharpening the conflict within the family. Aurangzeb finally takes both Dara’s crown and life from him.

Tripurari Sharma is a playwright, translator and theatre director of repute. She has conducted theatre workshops in India and abroad. She has written and directed plays like Bahu, Birsa Munda, Aks Paheli, Banjh Ghati, Sazaa, Kath Ki Gadi. She has also directed Mohan Rakesh’s Adhe Adhure, Lorca’s Birjees Qadar ka Qunba and Chekov’s Cherry Orchard for the NSD Repertory. Her scripts for films like Mirch Masala and Hazaar Chaurasi ki Maa won a wide acclaim. Some of her plays have been translated into English, Urdu, Gujarati and French.

A graduate of NSD, she was among the 91 women from India in the ‘1000 women for the Nobel Peace Prize 2005’ initiative of International women groups. She was honoured with the Sanskriti Award, Delhi in 1986 and by the Delhi Natya Sangh in 1990. She has also received the Safdar Hashmi Award (UP Sangeet Natak Akademi), Delhi Sahitya Kala Parishad Award and Central Sangeet Natak Akademi award in 2013. She represented India in the first Women Playwright’s Conference in the USA, 1988.