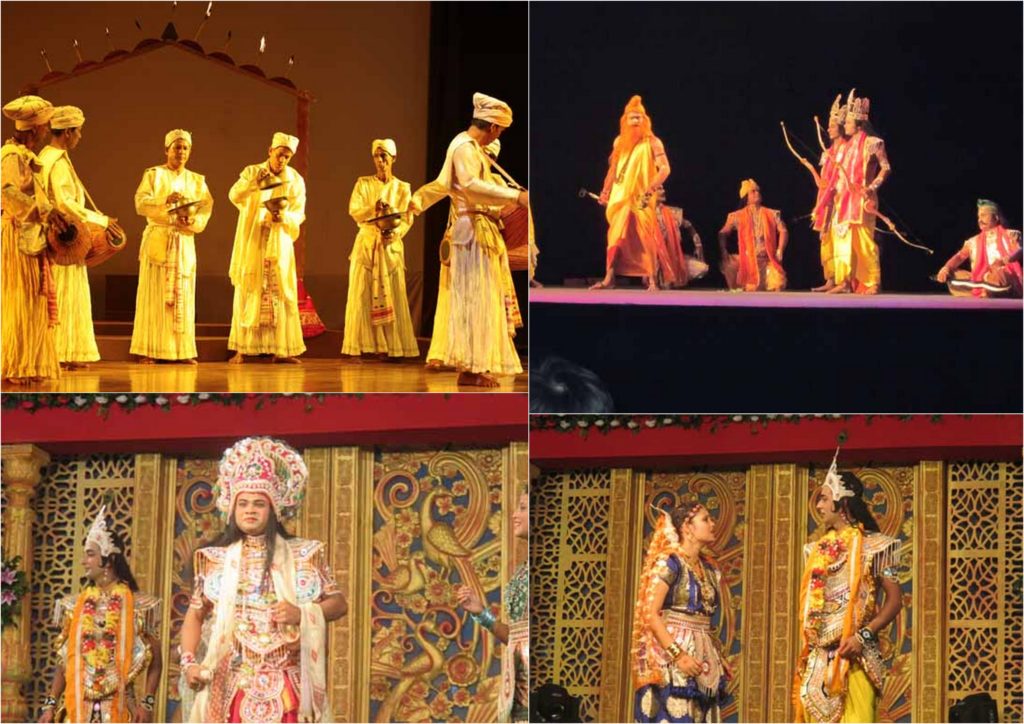 The plot of the drama is mainly based on the Baal-kand of Ramayana, chapters 16-72.  The story has been abridged and some chapters of the original Sanskrit work scarcely touched.  Considerable variations have been introduced.  The Sanskrit drama, the Mahanataka, also seems to have influenced this play at some point.  What is remarkable is, that the pace of time, days and nights, are scarcely mentioned, or taken into consideration, and the action is pushed forward with unbroken continuity.

Hiro Prasad Mahanta was born in Kaliabor. From his child hood he had started cultivating the Sattriya Culture by performing Krishna Dance & Sutradhari Dance and participating in Ankia Bhaona.  He acted in Assamese plays Sakunir Pratisudh and Kalicharan, directed by Dulal Roy, in the Assamese serials of Guwahati Doordarshan, and in a tele film by Padmashree Surjya Hazarika. He has directed the dance-drama and songs in the film Srimanta Sankardeva by Padamshree Surjya Hazarika.  He plays an important role in teaching and spreading the Ankia Bhaona and Satriya Dance form, all over India.