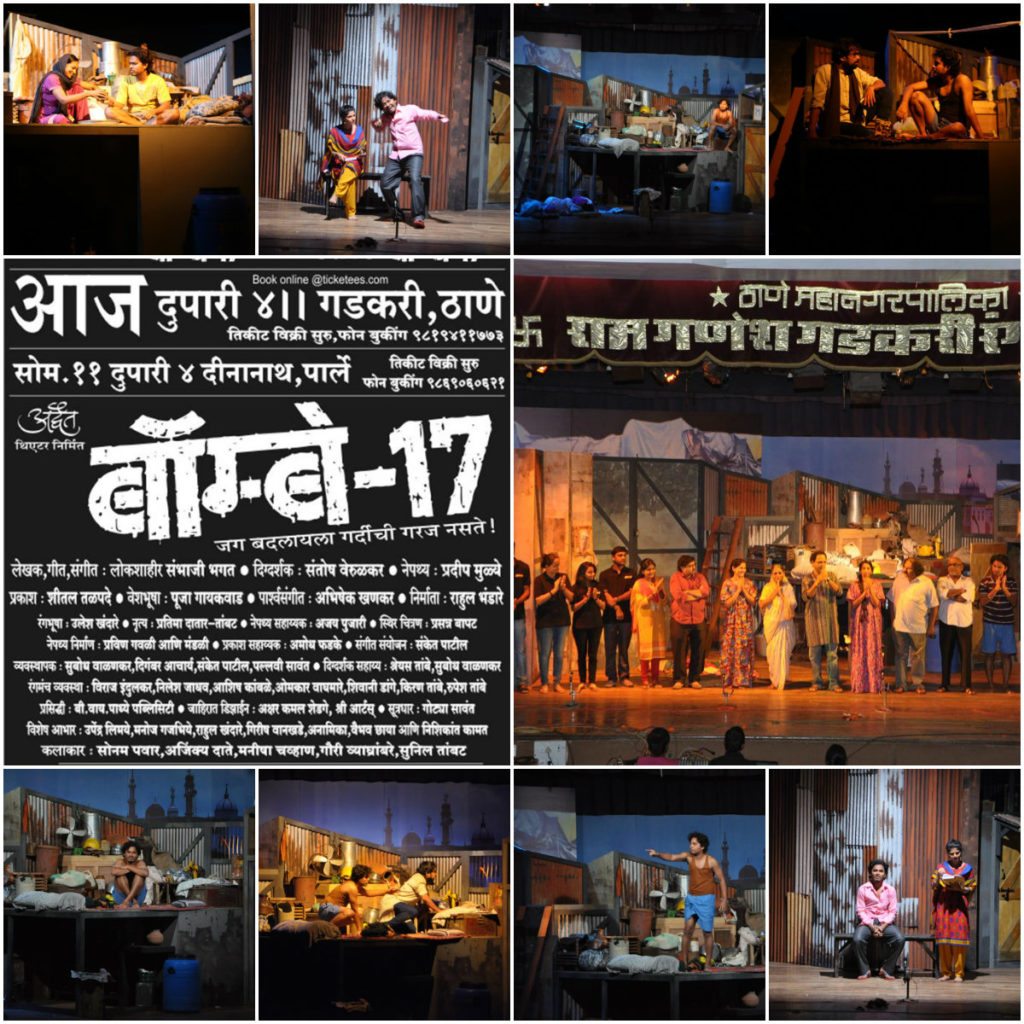 Bombay-17 is the story of an internationally acclaimed artist who has been awarded for his new painting series named BOMBAY-17. The play takes us back to his early life and a night that changed his entire life. He was a young unemployed slum dweller living with his old mother and unmarried elder sisters. That night he got unusually restless. Fighting to sleep he succumbed to a volley of thoughts that play hide and seek all night long. Some of these thoughts help him discover new avenues and a better outlook. The same night Bharat Mehta, a successful share trader but a victim of the system wanders into the same slum area. He unfolds his unfortunate story as to how his lust for money had shaken his life. The protagonist remembers his unsuccessful love story with Lajjo, which was a ray of hope in the darkness of his failure. Nostalgia takes him to the memories of his friend Rahul, who was his only inspiration. Rahul had given him a book Enlighten Yourself. He reads the book and his entire life after this night somersaults. He overcomes all the negative situations and does remarkably well in his life.

Santosh Verulkar took his Bachelor’s degree in Hindi Literature in 2002 and LLB in 2007.

Presently he is working with Central Railways, Mumbai Division as Joint Secretary of Divisional Cultural Academy, promoting cultural activities in Railways and providing facilities and services to organize short films and skits. He has directed and acted in many Marathi, Hindi and English plays. He also writes and directs serials and short films for his department and DD channels.