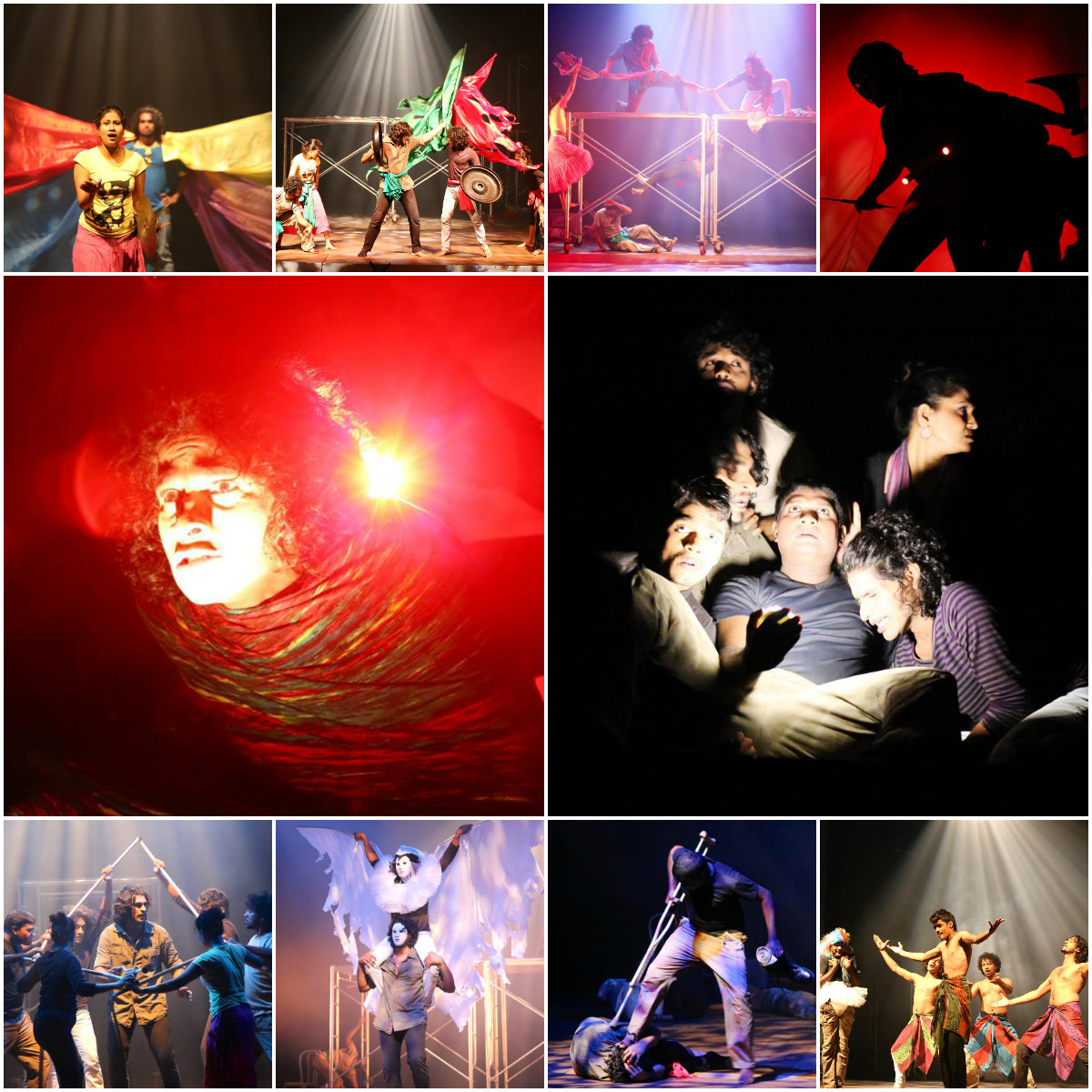 Reality show! is an experimental devised play which explores the idea of performers and performances, both onstage and in society. The show has many recurring themes which include the ‘construction’ and destruction of identity in its many forms as well as the symbolic relationship between the performer and their audience.

A group of actors receive an SMS or email to come to an abandoned theatre for what they imagine will be an audition. The Director’s a Voice challenges them to create the “Ultimate Reality Show”, based on the ‘dark secrets’ of their individual histories. If they fail to create a show that satisfies the director, he will kill them all! Will they escape this nightmare?!

Jehan Aloysius is a full-time theatre practitioner as well as a visiting lecturer at the University of Visual and Performing Arts, Colombo. He has been associated with the Royal Court Theatre of London, ART of Bangalore, Theatrum Botanicum of Edinburgh, Brave Theatre Festival of Poland, Rikskonsertene of Norway and the British Council. As a playwright, Jehan has been shortlisted for Sri Lanka’s premier literary award, the Gratiaen Prize for literature, for his collection of plays, The Screaming Mind (2000) and his highly successful folk-drama, The Ritual (2008). In September last year, Jehan represented Sri Lanka as a delegate at the Unlimited Disability Arts Festival in London and is in the process of planning collaborative workshops and stage productions with international theater troupes and practitioners.