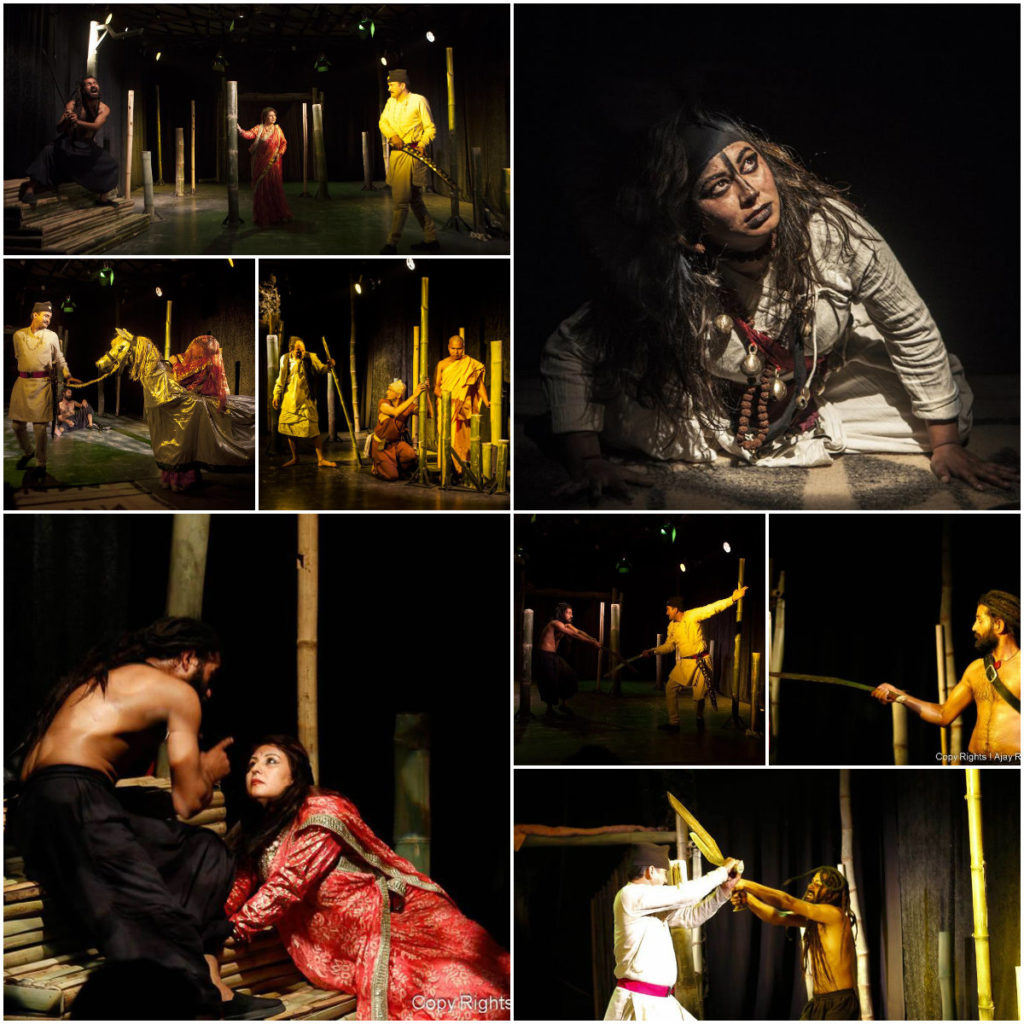 In this translated version of Japanese play, a recently married couple, making their way through a deep forest encounters a bandit called Jabbare. A scuffle breaks out between the bandit and the groom, in which the groom is killed and the bandit rapes the bride. The rest of the play is devoted to the characters, recounting what happened in the forest. But this is where it gets really confusing; because every character has a completely different version of what happened- their takes are colored by their own self interests. The play is an exploration of truth and human weakness. As the retelling of the trial unfolds the participants in the crime tell their plausible yet completely incompatible versions of the story.

The play has been directed and translated by Sunil Pokharel, whose impact on Modern Nepali Theatre is undoubtedly remarkable. He graduated from National School of Drama in 1987 and has continuously worked in theatre as an actor, director, scene designer and organizer. He formed his own theatre group, well known today as Aarohan Theatre Group.  He has directed many important plays over the years. He started a drama school at a modest level called ‘Gurukul’. Theatre artists of this group worked under Pokharel’s guidance and created a theatre group and named it, Sama Natakghar, after the doyen of Modern Nepali drama ‘Balakrishana Sama’ (1902-81). Sunil Pokharel has performed Agniko Katha and the Nepali translation of Ibsen’s play The Doll’s House in Nepal and various countries. His group is also very active in socially meaningful theatre and training theatre groups which consider theatre as a weapon for social transformation. He is the Artistic Director of ‘Aarohan Theatre’ and principal of ‘Gurukul: School of Theatre’. The Government of Nepal recognizes him as a national talent.