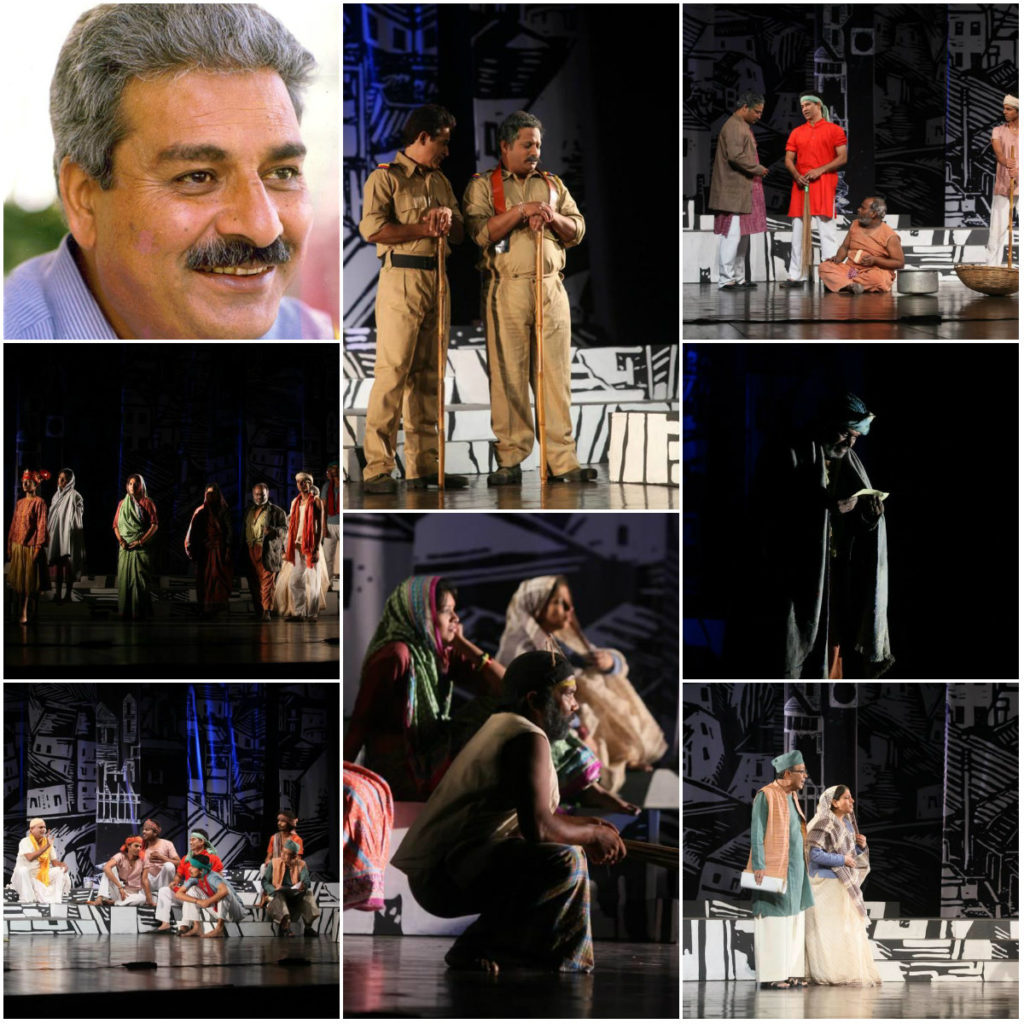 Zindagi aur Jonk is an adaptation of the story written by Amar Kant. It is a tale of conflict between severance and strengthening of human bondage. A beggar, known to be a nuisance in the village moves to the city and settles in one of its mohallas. Accused of stealing and later found not guilty arouses sympathy for him in the neighbourhood. He is fed with leftovers and is now called ‘Rajua’. In the changed scenario he becomes the servant of the entire colony. The grime around the houses in the colony gives him cholera and he develops an insufferable itch. Entry into the houses is banned for him. This is when a little boy brings the news to the Sutradhar that Rajua has died. The neighbourhood is saddened by his death. A letter with this news is posted to his village. A few days later Rajua re-appears and tells the Sutradhar that a crow had sat on his head and the only way to change this ominous foreboding was to spread the rumour of his death. The story mirrors the socio-economic circumstances and absurd behaviour patterns of different sections of the society. Their crumbling beliefs and non-existent principles and value systems have brought about a change in human relationships.

Bansi Kaul is an eminent theatre director, designer and visualiser who has developed a new language of performance. His in-depth research in the sociology of performing and non-performing art forms has created an actors’ gymnasium based on the principles of the Akhadha, Natgiri, modern dance, story-telling, indigenous village games, and music. Experiments interweaving the performing and non-performing art-forms have led him to given a new dimension to the existing stage metaphor. He is a prolific designer of space. His theatre of laughter and celebration has been invited to perform at national theatre festivals across India for 15 years consecutively; in which he directed productions using folk idioms in several languages. He has made an in-depth study of the vidushaks belonging to different folk theatre forms in India. He has written and audio-visually documented the research on various performing and non-performing art forms combined with theatre, and developed an actors’ training methodology, thus giving performance a fresh approach, a new idiom and a different dimension.