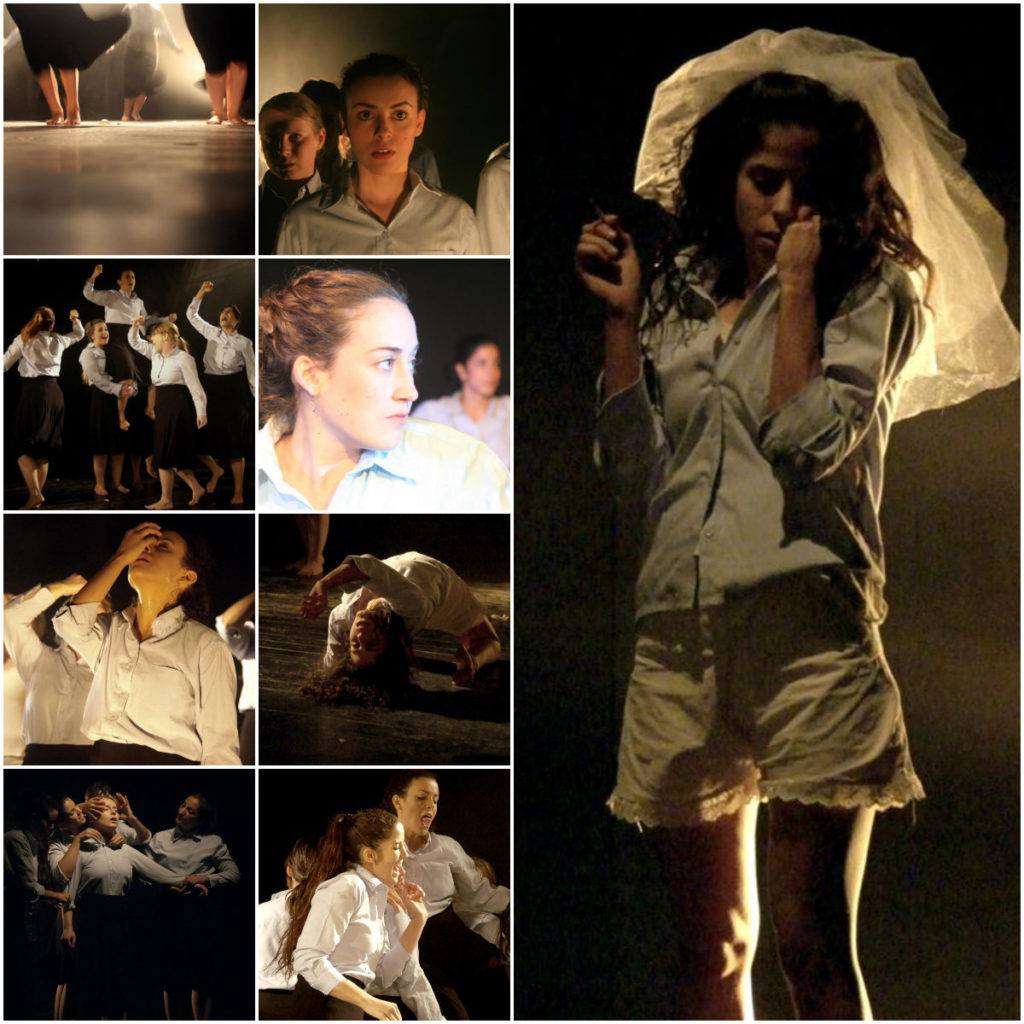 Postal Delivery to God is based on the personal stories of the play’s creators and performers, who come from the Jewish-religious world.  The play tells the story of two religious girls searching for God and is composed of three parts which represent three different periods of their lives:  girlhood, adolescence and womanhood. Each part is characterized in a different manner and presents various conflicts regarding the dialogue with the Creator, the definition of identity in general and feminine identity in particular.  Each one of them is in a different place regarding their relationship with God. The emotional and physical struggle which they had gone through in the two previous parts concludes in the final picture, which represents the tears and the fractures beside the attempt to reach harmony.

Ruthie Osterman: Born in 1982, Ruthie Osterman is a playwright, director, performer and a drama coach based in London and Israel. She holds a Master’s degree in Performance Practices and Research from The Royal Central School of Speech & Drama, London. Osterman has performed in Israel, Poland, London and New-York and received many awards.  Some of her works as a director and playwright include, I am, I am, I am, Szpera 42, Delivery to God,  Grace, Warlike Collage, Life is almost etc

Amit Zarka: A theater-creator, playwright and director, Amit teaches at the School of Dramatic Arts of the Kibbutzim and serves on the artistic committee of the International Festival for Children’s Plays in Haifa. Some of her plays as a playwright and director inclide Ophelia, Delivery to God, The Old Man and the Canary etc. She directed a video clip for the musician Nadav Barneah for the song ‘Advertisements’. The clip was shown on Channel 24. Zarka has also written scripts and directed advertisements and short films for YNET. She directed a video clip for ‘Persona Ensemble’ under the direction of Nelly Amar and Tierry Morel.