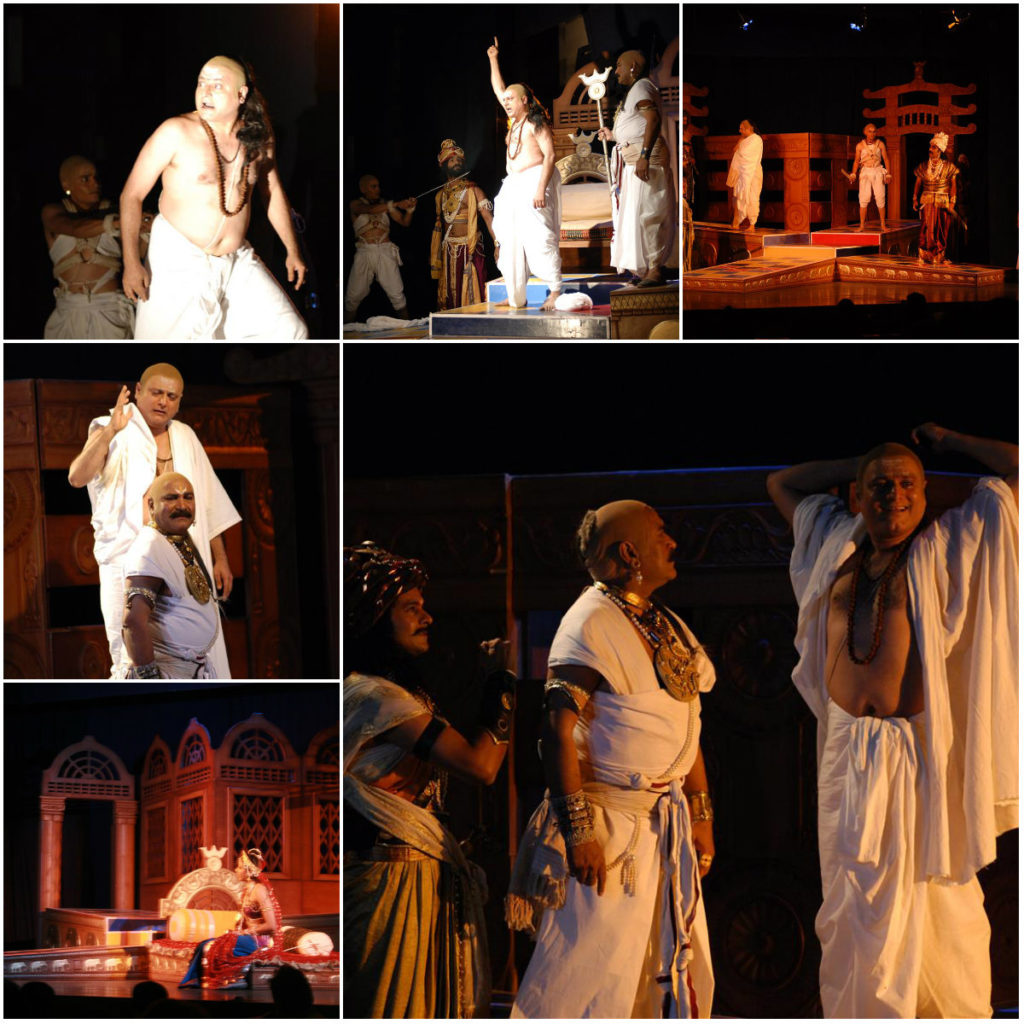 Chanakya brings to life the great visionary and statesmen, Chanakya, but in a modern context. Realizing the threat of invasion and conquest and equally driven by the desire to improve the condition of his kingdom, Chanakya decided that it was imperative to create an authority figure who could rule the subcontinent as well as the hearts of his subjects. It was because of his brilliant manoeuvers and the integrity of his intentions that the cruel rule of the Nandas ended and was replaced by the Mauryan Empire, marking the beginning of a new era in Indian history.

The second version of Chanakya was started immediately after the 26/11 terror attack on Mumbai and its first show was dedicated to the memory of martyr Constable Tukaram Umbale.

Manoj Joshi has been an actor on stage, in television and in films for the last twenty five years. His work includes performances in television serials like Ek Mahal Ho Sapno Ka, Damini, Kehta Hai Dil, Yeh Meri Life Hai, and others; and films like Aan –Men At Work directed by Madhur Bhandarkar, Jaago directed by Mehul Kumar, and Devdas directed by Sanjay Leela Bhansali. His work on stage includes Hindi plays like Chanakya, Rageela Re, Golmaal Pyar Ka, and Gujarati plays Suryavanshi, Doctor Tamhe Pann, Gandhi Virrudh Gandhi, among others.