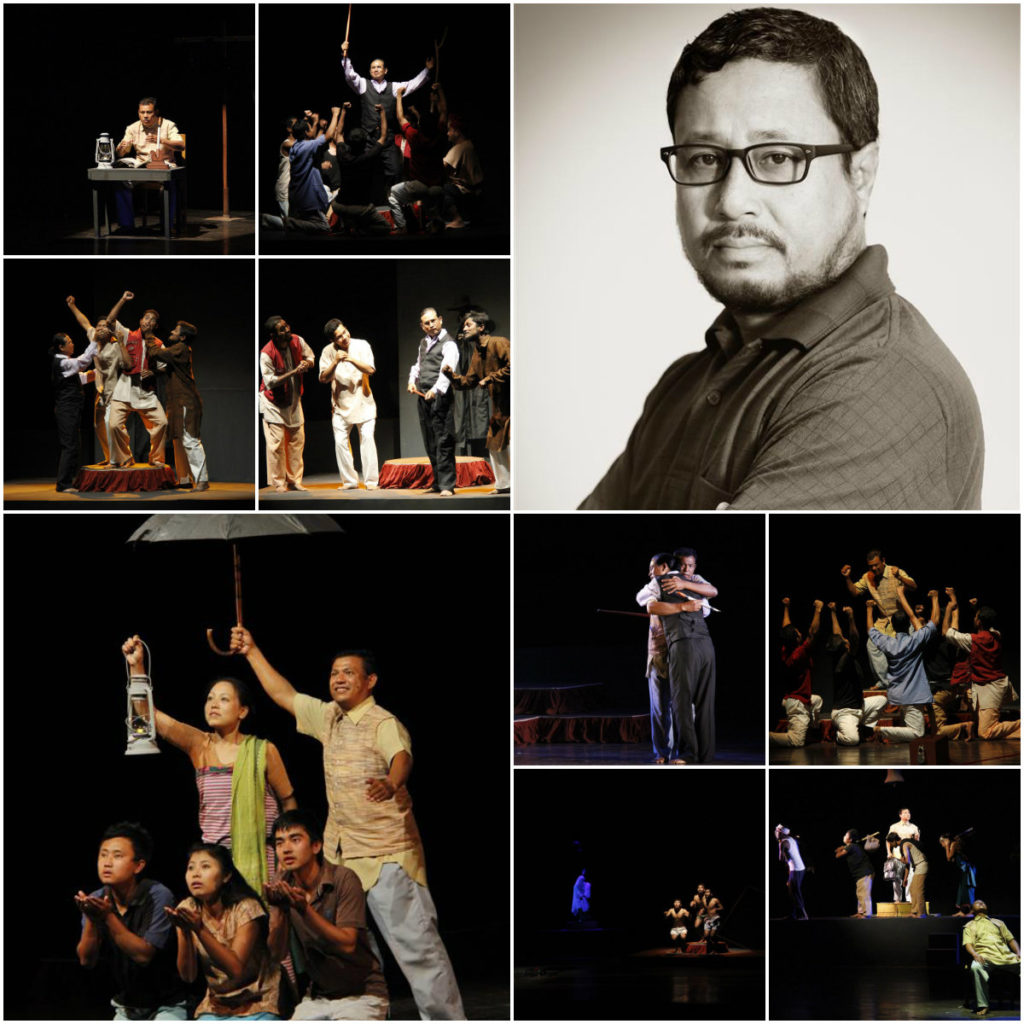 Synopsis
Meeyamgi Yeknaba, a Manipuri adaptation of Henrik Ibsen’s An Enemy of the People addresses the irrational tendencies of the masses, the hypocritical and corrupt nature of the political system that they support. The play’s heated discussion of ‘Just’, who should control the levers of power in a society, whether the intellectually superior, forward-thinking individual or the mindless majority should dictate public policy, makes for savoury meat to chew on. It is the story of one brave man, whose voice loud and clear as cicada, struggle to do the right thing and speak  the truth is the face of extreme social intolerance.

Heisnam Tomba, trained by his parents Heisnam Kanhailal and Heisnam Sabitri, has written and directed couples of plays. Some of his notable plays are Samnadraba Mami (Disjointed Images), Khudito Pashan (Hungry Stones) based on a short story of the same name by Rabindranath Tagore and others. As a multi-faceted artiste, he has been honoured with National Sanskriti Award. He has directed an unconventional Manipuri film Nobap which won Best Film Award of the State.