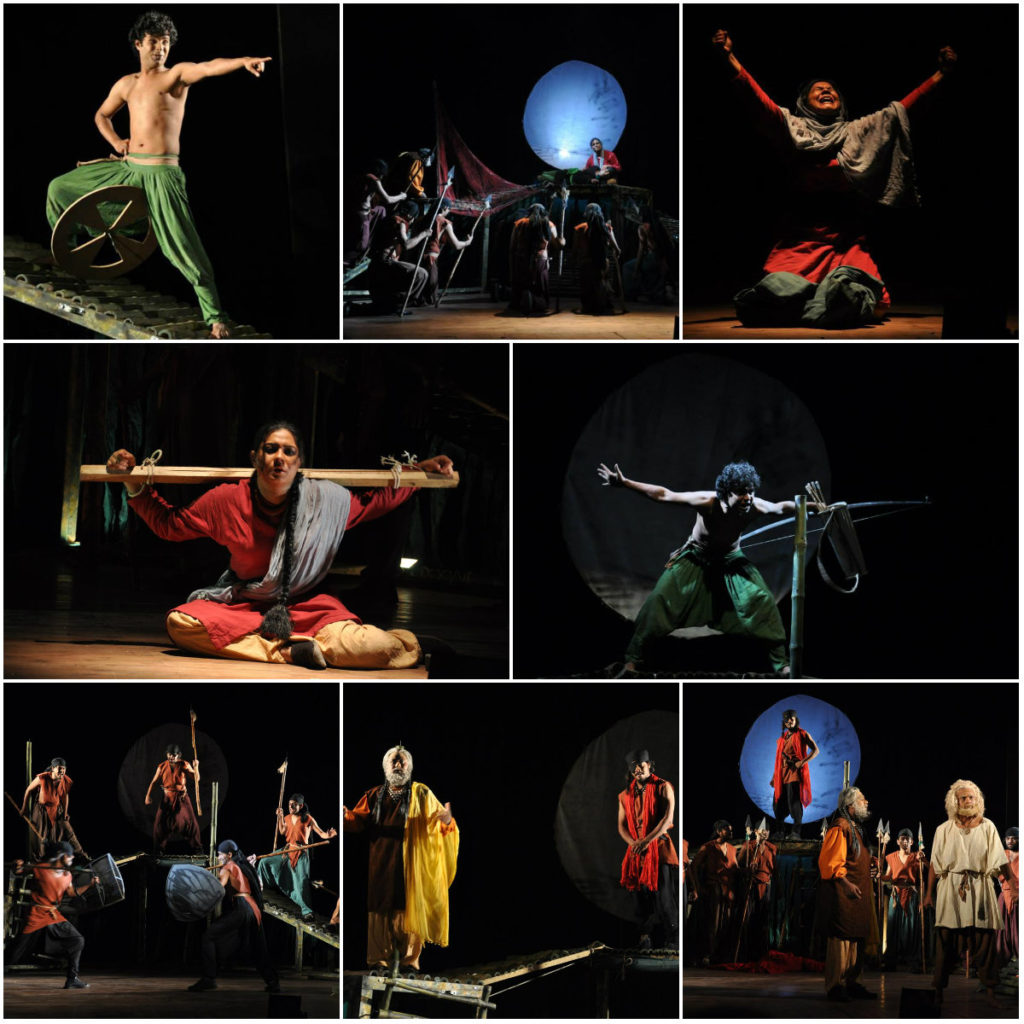 This is the story of a mother who struggles all-out to keep her only war-loving son away from the deadly weapons and bloodshed and imbibes the value of eternal love.

Anaturi is one such mother who tries to inflict in her only son, Kohen, the seed of the eternal virtue of love. It is her continuous fight to protect her son under the warmth of her safe apron strings from the ill-effects of war-loving King Bumbujang or against the shimmering of sharp weapons of the Souramati King. It is a war pledged against war. The play is dedicated to mothers world-wide who have lost their sons in war; mother is actually ‘a fearless warrior’.

Koushik Kar has been a theatre personality with over 12 years of experience as an actor and director. He is known for being a keen planner, strategist and implementer ensuring successful management of operations in theatre. His time- centric approach is coupled with a flair for executing production. He has been the Founder–President of ‘Kolkata Rangeela’. He essayed many important roles in major productions of Yuganata, Rann, Minerva Sangskriti Charchakendra and Nirnoy. He was honoured with Best Director Award for Terrorist and Dour.