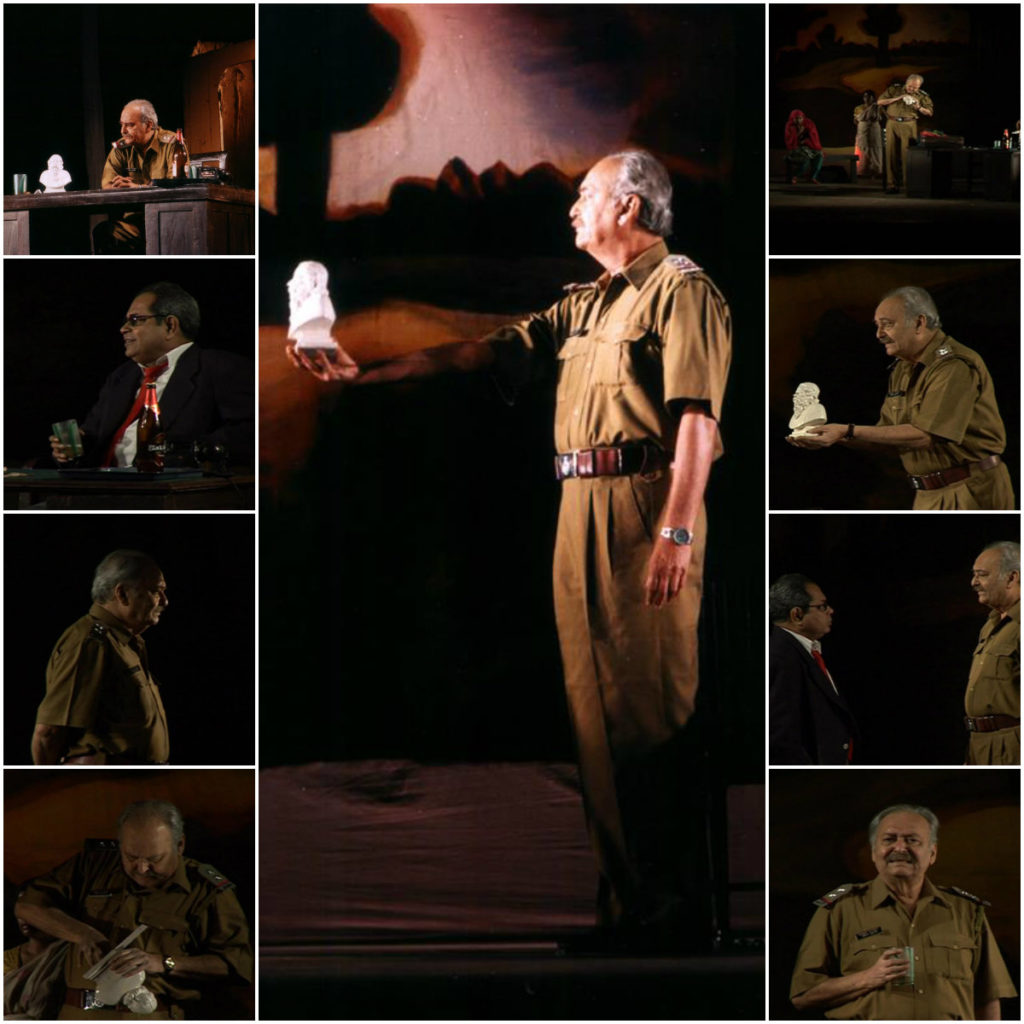 Kurbani unfolds at a small and significant police outpost on the Indo-Bangladesh border. ASI Subinoy Mukherjee is on duty. An uneducated village girl Zohra Alam, a half wit, has been arrested and charged with smuggling. Promod Sanyal, a high ranking custom official, has rushed down from Kolkata to take charge and solve the case. He comes across a devastating truth that his conscience does not allow to suppress.

Soumitra Chatterjee (b. 1935) is a living legend adored and respected by one and all for his high profile contributions to theatre and films. Best known for his memorable performances in Satyajit Ray’s films, he made his initial forays into the world of acting with Rabindranath Thakur’s Mukut and a play by Sunirmal Basu. The Sleeping Princess, directed by his English teacher, earned him a medal when he was in class V.  While in college, Soumitra decided to be an actor as he witnessed the great Sisirkumar Bhaduri’s inspiring performance. He came close to the maestro during the last year of ‘Srirangram’. Soumitra acted as Suresh in Prafulla by Girish Ghosh. It was directed by none other than Sisir Bhaduri. Tapasi was his first venture into professional theatre. The play ran for 467 nights. Inspite of his phenomenal popularity and busy schedules, Soumitra established his own school of theatre which blended his artistic sensibility and passion. A testimony to this fact lies in the successful production of plays like Bidehi, Nilkanta, Phera, Prantapassya, Arohan and Homapakhi.

A Padma Bhushan, Soumitra has received the ‘Officier des Arts etMetiers’, the highest award for arts given by the French government and a Lifetime Achievement Award from Italy. He has been the subject of a full-length documentary, entitled “Gaach”, by French film director Catherine Berge.

In 2008, he was honoured with the Award for Best Actor by the Government of India. In 2012, Dadasaheb Phalke Award, India’s most coveted award for contributions to cinema, was bestowed upon him.