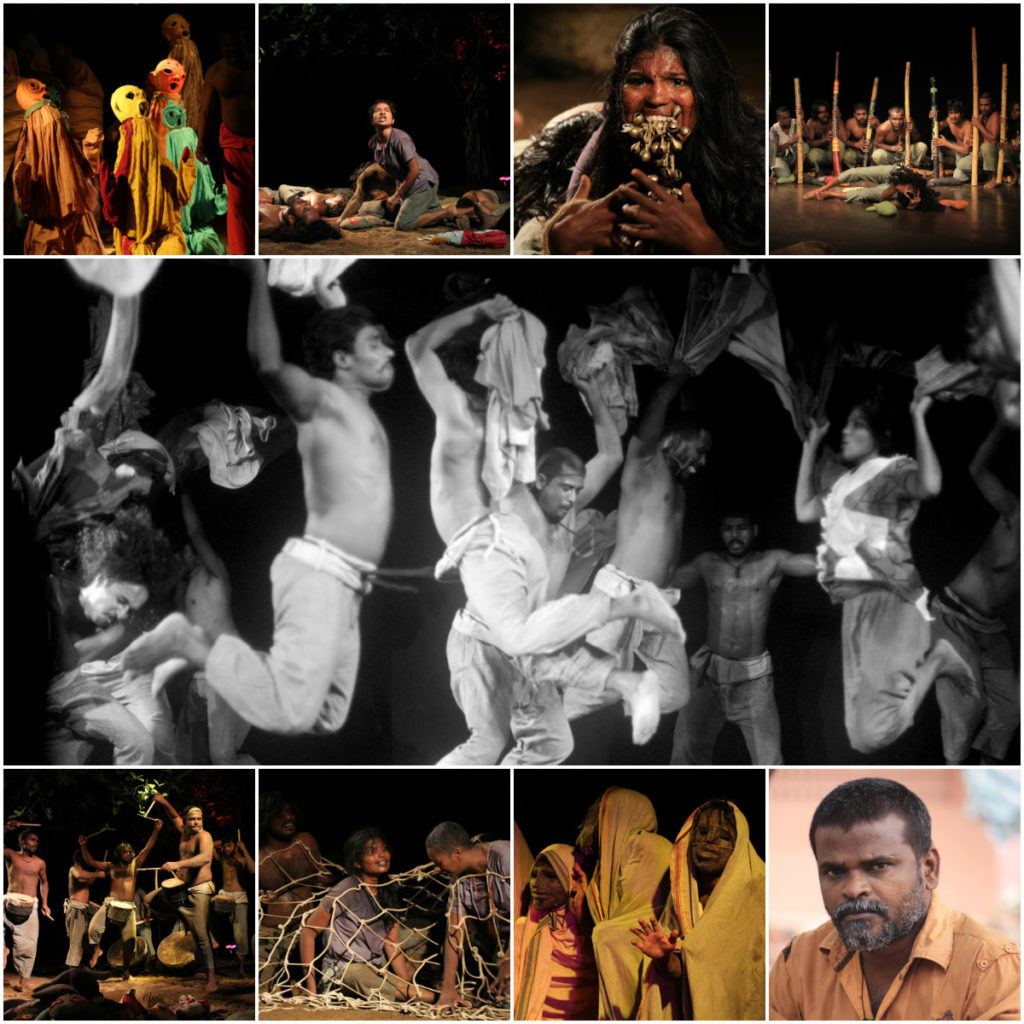 In the circumstances when war is looming large, birds, animals and plants feel more threatened than mankind. The ever increasing number of refugees, who have lost their land and their traditions, meets theatre and starts a conversation. For all of them, their support is dolls made by the muddied hands of farmers. The actors sing the music of the birds that came as a crowd from the north, the melody from the falling leaves of Gaya’s Bodhi tree. All perform the play carrying our culture and traditional background.

Murugaboopathy has acted in and directed more than 20 plays performed in non-conventional village and city spaces. The context for the plays are the silences and gaps in mainstream history, be they the forgotten faces of great theatre personalities, the loneliness of prisoners or suppressed local histories. In his main productions – Vanathadhi, Koondhal Nagaram, Uthiramugamoodi, Semmoodaay, Kathaivanam, Kuttrum Pattriya Udazh and Soorpanangu – Murugaboopathy makes extensive use of land and rituals from non-urban contexts, transforming them into a new genre of theatre that makes use of thus far unexplored theatrical vocabulary. He makes the human body move beyond the boundaries of conventional theatre. Murugaboopathy has also directed 36 children’s plays. He has published four books of his selected plays, two books of children’s stories, and many articles on theatre.