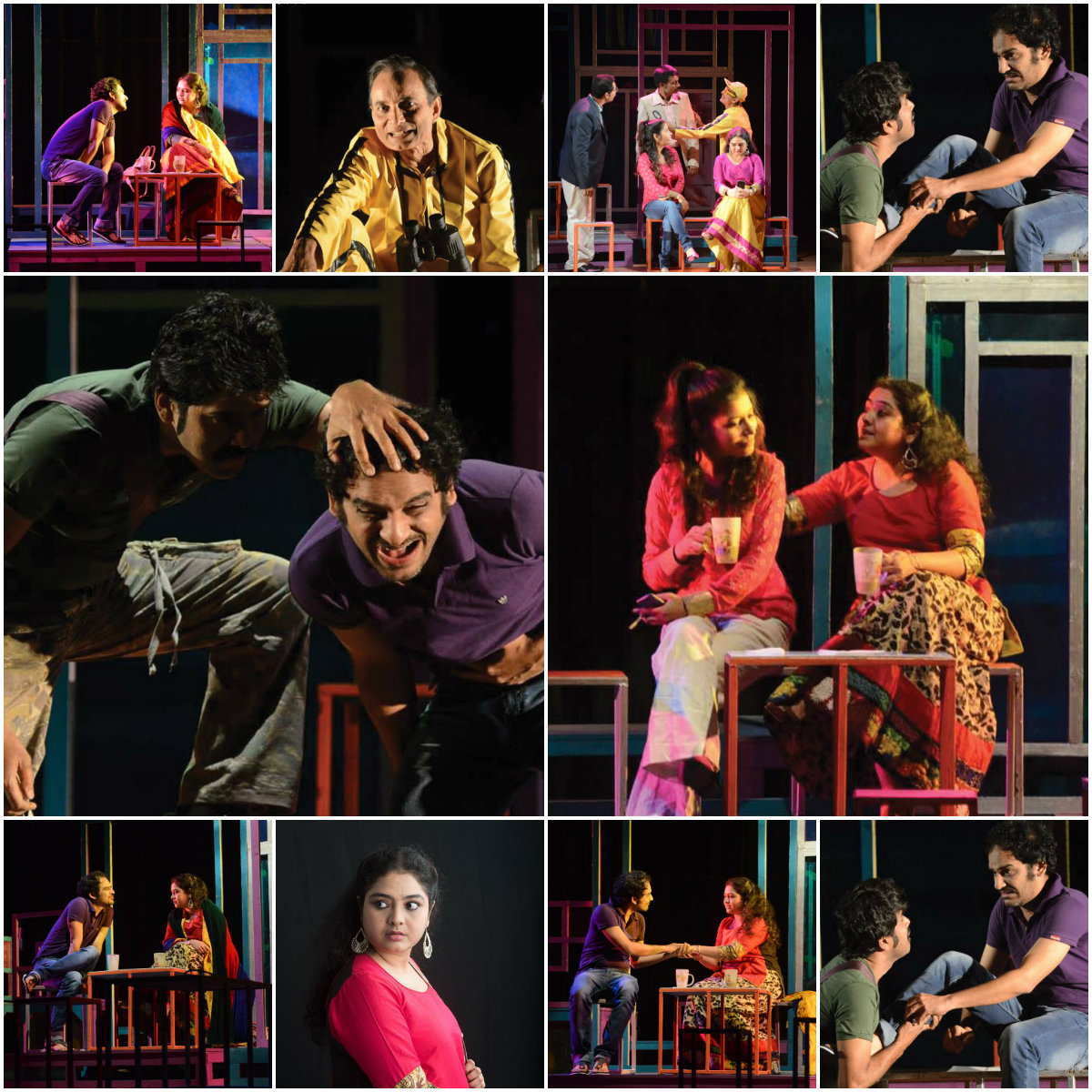 Ke? (Who?) apparently conveys the sense of a thriller, but at its core is a blend of complex human relations, empowerment of women, and the modern day stagnancy of the institution of marriage. The soul of the play carries a delicate hint that helplessness arising from individual vulnerability adds to the philosophical belief of life, more than human vaunting. Every space in this production penetrates the other. The office enters the house, the coffee shop makes way into the office, the doctor’s chamber breaks out of the coffee shop – each intertwined with the other, expanding into the entire city and society in the end. Casting of light signified a process of psychological continuum. The transition from one scene to the next never occurs in darkness; rather the accompanying music portrays a world proportional to the light, entwining the conscious with the sub-conscious. While a prototype of music and light has been used to illustrate the consciousness of the mind, another pattern is used to depict its sub-consciousness. Costumes and make up represented two different colors and mental states.

Bratya Basu is an accomplished theatre artist, playwright, actor and director. His noted plays include Aranyadeb, Shahar Yaar, Virus-M, Winkle-Twinkle, 17th July, Ruddhasangeet, Chatushkon etc. His plays have been staged by various and renowned groups and directors. He has directed three films viz. Raasta, Teesta and Tara and has acted in many films including, Kaalbela, Icchey, Sthaniyo Sambad etc. Basu has bagged many awards and recognitions such as Shyamal Sen Memorial Award, Dishari Award, and Satyen Mitra Award.

Bratya Basu, currently Hon’ble Cabinet Minister and in charge of the Ministry of Tourism for the state of West Bengal, formed his own theatre group Bratyajon in 2008. His recent plays Cinemar Moto and Ke? are milestones in Bengali Theatre.