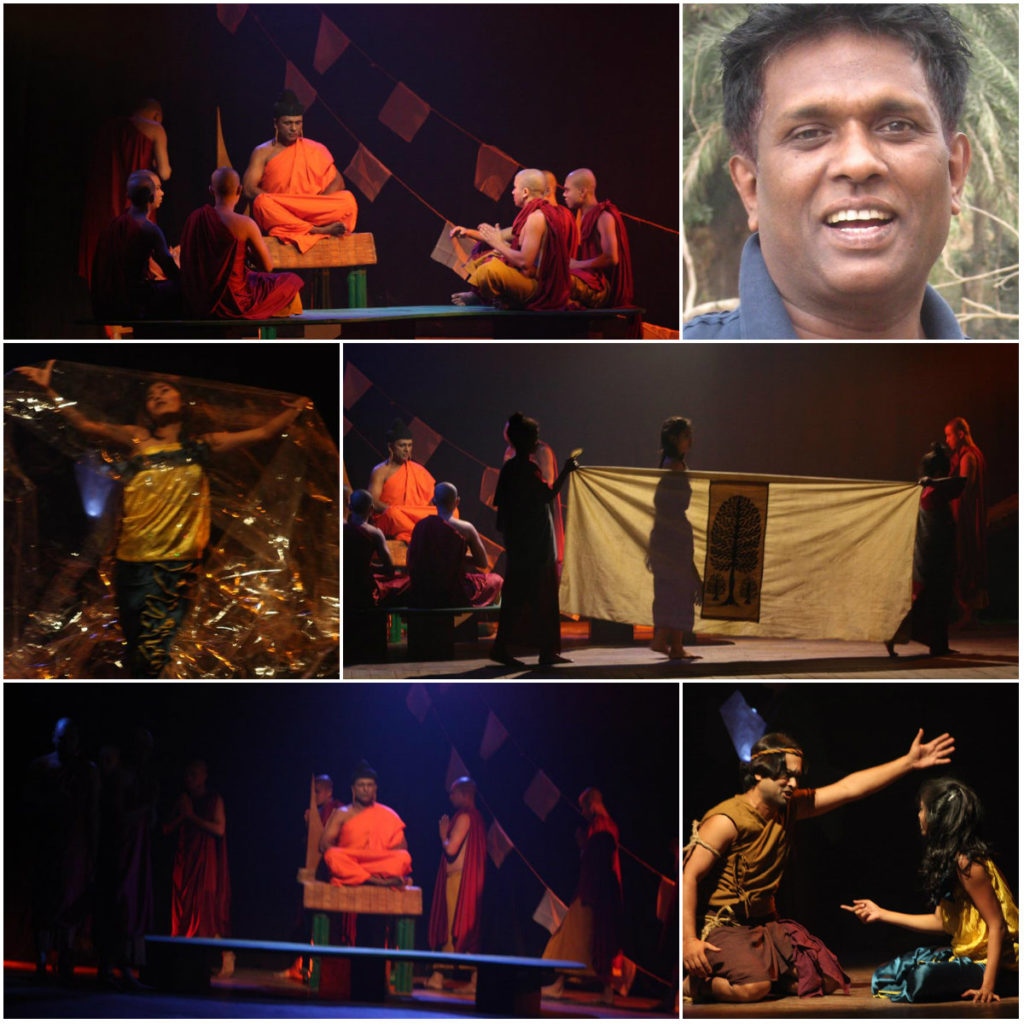 A young and unclothed woman, Patachara, enters the place where The Buddha was temporarily staying with his entourage. The Buddha, at once understands her state of mind. He decides to bring her back to a condition where she can recollect the events which had brought her to this state of being. His most revered nun Gauthami too cooperates in this process – Buddha’s psycho-analytic system of treating an individual afflicted with deep mental trauma and the subsequent loss of memory. In the process the sounds transcend to be words; and the words get into be meaningful sentences.

The story of Patachara-the Nude, comes to us as one of the most striking examples of Buddha’s way of using the system of psychotherapy to give relief to the people afflicted with mental trauma. Patachara, a young woman developed an acute stress reaction after she witnessed the death of her husband, two children, parents and the only brother. She came to The Buddha weeping in a state of utter delirium. After she became rational, The Buddha explained her true meaning of suffering and the nature of impermanence. The story of Patachara reveals an excellent case study of trauma counseling, using the skills of flashbacks, painful memories and anxiety.

Born on 16th August 1964 in Assam, Baharul Islam graduated from National School of Drama, with specialization in Acting, in 1990. He has acted in almost eighty plays in different languages like Assamese, Hindi and English, and designed and directed almost thirty plays. After graduating from NSD, he along with Smt. Bhagirathi formed his own theatre group, Seagull in Guwahati.  Mr. Islam is the recipient of many prestigious awards like: Sanskriti Samman from Eka Ebong Koekjon publication, Guwahati, Monohar Singh Smriti Puraskar from NSD, Natyaprobor Award from Sharadakanta Bordoloi Smriti Committee, Nowgaon and Bishnu Basu Smriti Samman by Bratyajon Theatre, Kolkata. He has produced and directed documentaries like, The Dhulia and Puppet Theatre in Assam (1998), Lokosanankriti (2005) and various fictions namely Nishant (2007), Beyond The Obvious (2009) and Meteka (2011). He has written and published four books namely, Akanto Monere, Simar Sipare, Beyond the Obvious and Khiriki Khuliyei. He is a regular columnist of Saatsori, an Assamese journal.