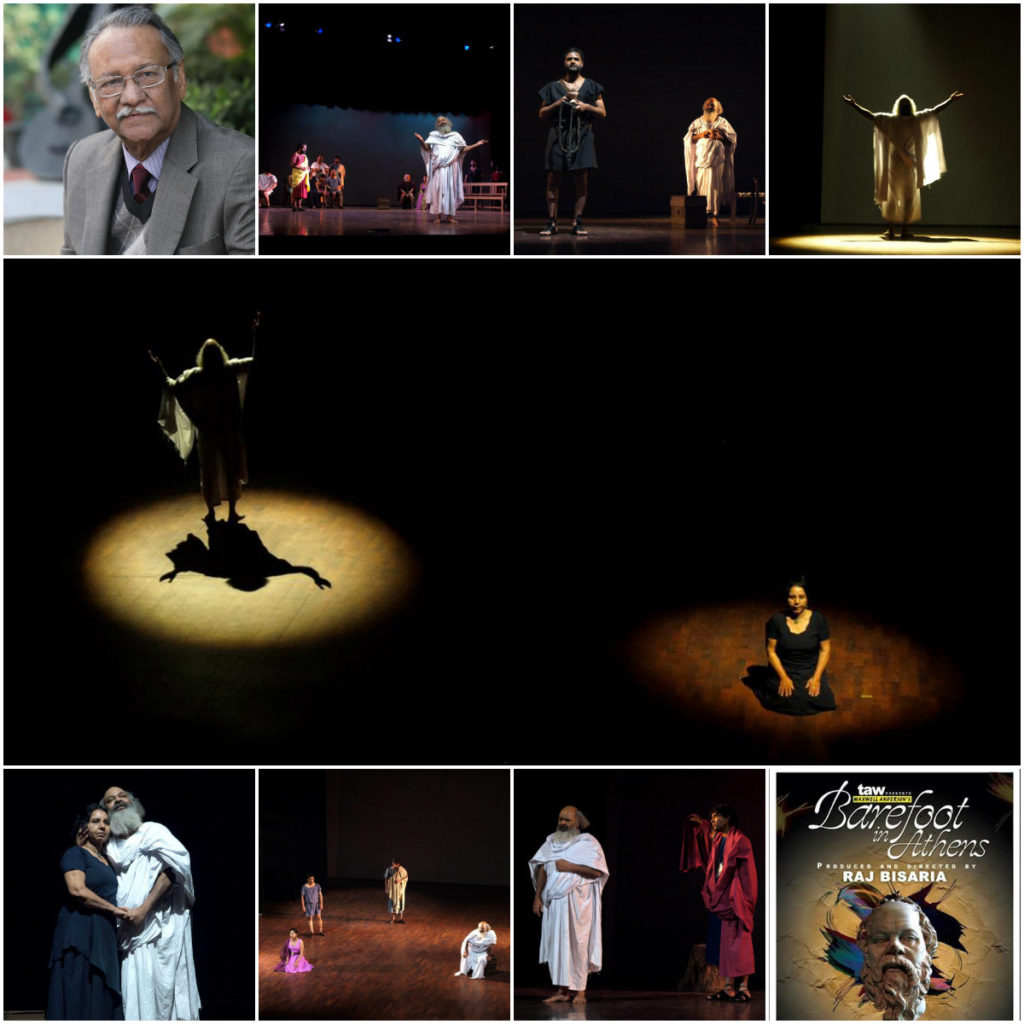 Barefoot in Athens is about the most tragic and thought provoking trial in the history of the world. It was the trial of Socrates (399 B.C.), the first and the greatest philosopher of the western civilization, and his deep faith in democracy. The playwright takes us through the period shortly before Socrates’ enemies bring charges against him of corrupting the youth and motivating them for treason against the state of Athens. Before  Socrates accepts the cup of hemlock, the idea of Democracy, the impulse to question in search of truth and the influence of a section of powerful people (Oligarchy in Greece) attempting to smother the voice of reason and logic make a long- lasting discourse.  Socrates’ conviction that “Unexamined life is not worth living” recalls many contemporary parallels.

Raj Bisaria is a theatre director, actor and educationist of a very high repute. The fonder- director of Bhartendu Academy of Dramatic Arts, Lucknow he has directed more than seventy plays including Sheridan’s A School for Scandal, Shaw’s Candida, Sartre’s In Camera, Ionesco’s The Lesson and Albee’s The Zoo Story, the Indian plays done by him were Suno Janmejaya, Aadhe Adhure, Baqi Itihaas, Andha Yug etc. A Padmashree, Raj Bisaria has been honored with Sangeet Natak Akademi Award, Chaman Lal Memorial Award and UP Ratna.