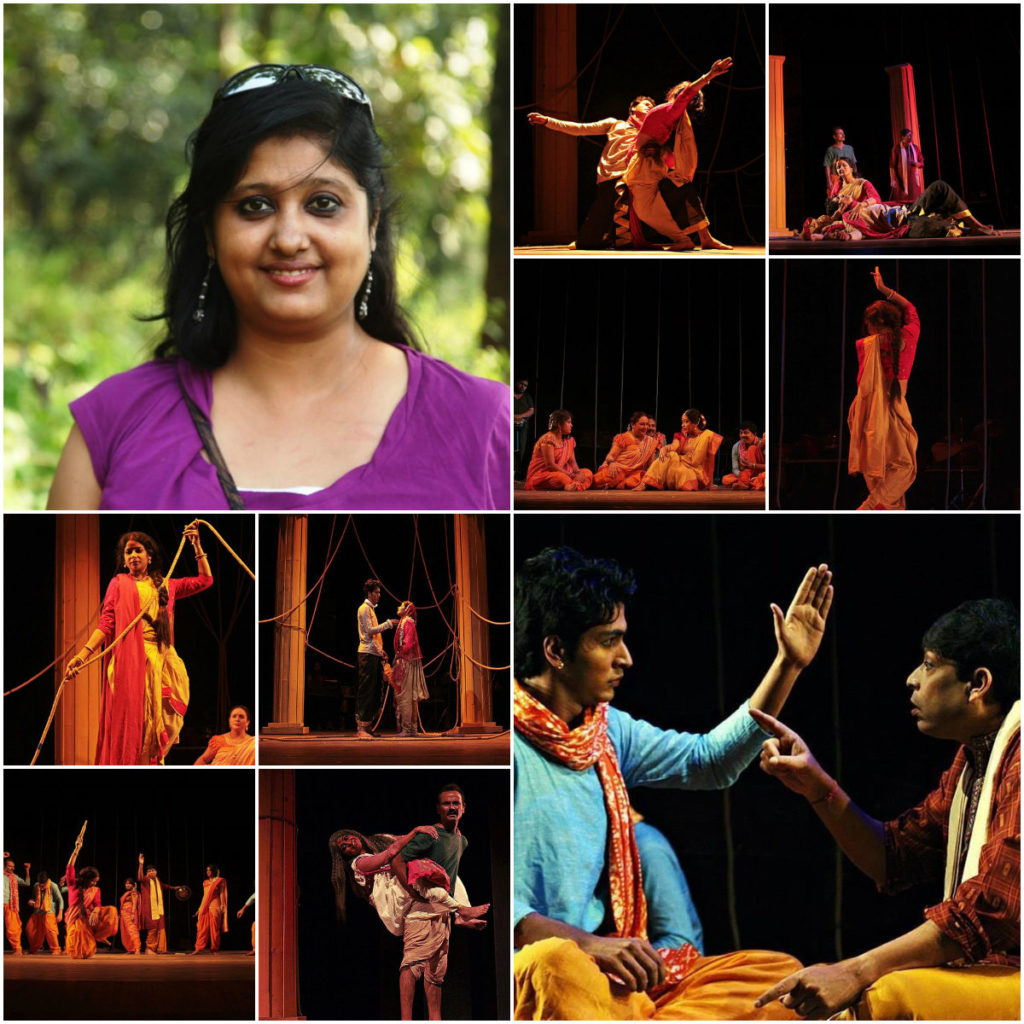 Nagamandala is a story of a girl Rani, who gets married to Apanna. From the very first day she is ignored and neglected by her husband. An elderly lady in the village gives her a magical root, which would attract her husband. Rani mixes the root in the curry, but finally gets scared and throws the curry in the garden where a king cobra lives. The Cobra/Naga eats the curry and the same night, takes the physical form of Rani’s husband and comes to her. Rani and Naga exchange romantic words and surrender themselves to each other. Rani becomes pregnant and breaks the news to Appanna. He immediately accuses her for adultery and says that he has not fathered the child. The issue is referred to the village Panchayat. She is then asked to prove her fidelity by putting her hand in the snake burrow and taking a vow that she has not committed adultery. She does place her hand in the snake burrow and vows that she has never touched any male other than her husband and the Naga in the burrow, and is declared chaste by the village Panchayat.

This play challenges the discourses like gender, ritual, culture and man -woman relationship. It takes us through humor, dance and live music, to a world of fantasy, romance, magic, sexuality, rejection, suspicion, dilemma and supernatural elements. The other interesting aspect is that in this performance every element can have a duality of meaning. Another important aspect of this tale is that while it upholds traditional values, it allows space for interpretation and questioning of those very values. The actors used ‘viewpoints’- an acting methodology which is an open process than a close methodology.

Abanti Chakraborty is the Artistic Director of Aarshi Theater Group. An MA in Applied Linguistics from Hyderabad Central Unversity, Abanti Chakraborty is a recipient of many awards including prestigious Ustad Bismillah Khan Yuva Puraskar in the category of direction from the Sangeet Natak Academy. Her directorial ventures include Troy, Tin Kanya, Choitali Rater Swapna, Iccher Oli Goli, Medea etc. She has translated Anton Chekov’s Three Sisters, Girish Karnard’s Nagamandala, Tennesse Williams’s A Street Car Named Desire etc. As a performer, she has been involved in Chowrangee, Kleopatra- The Dead Don’t Bite, Doyam, Simar and Arop.