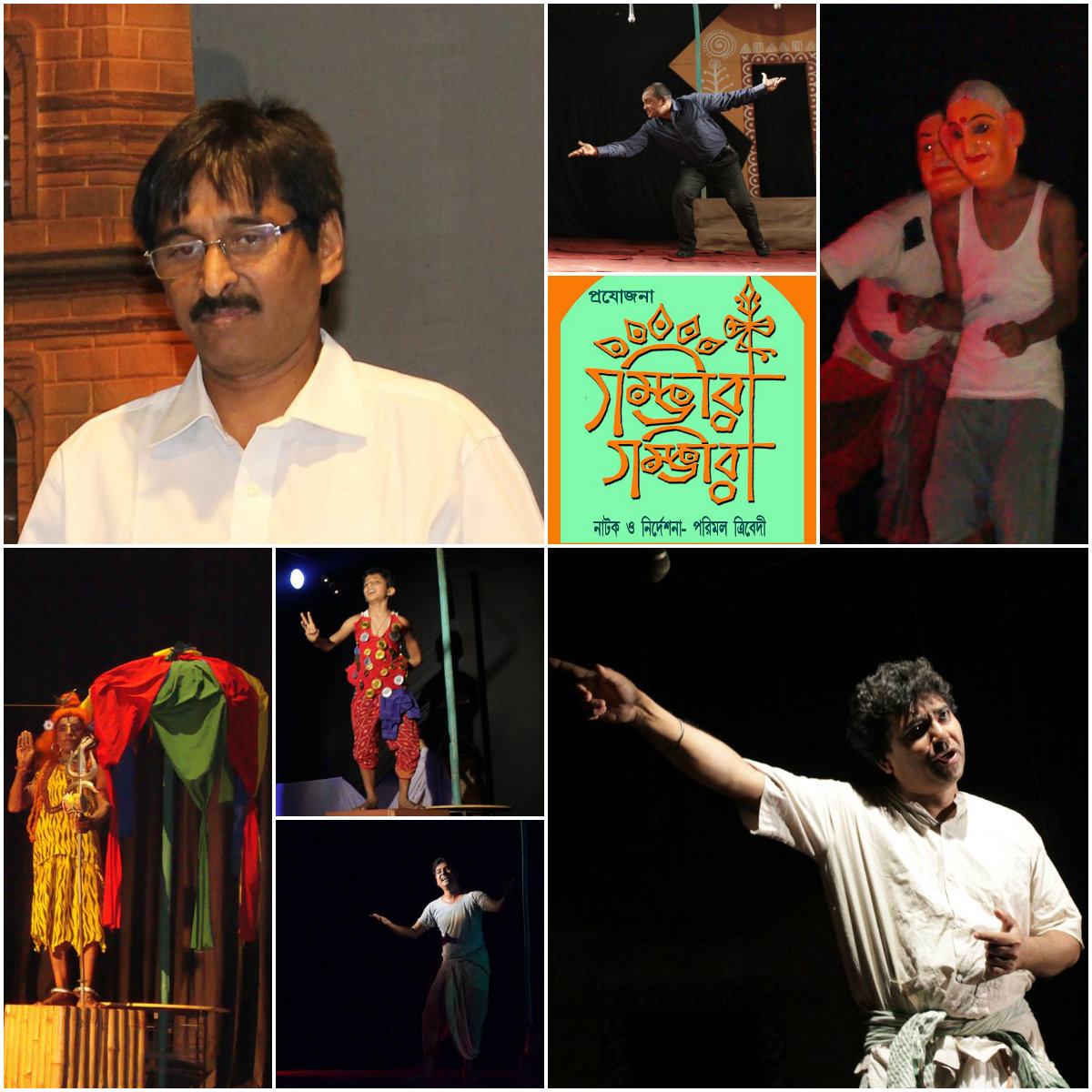 The play tells the story of Bhubhan, a Gambhira artist. Bhubhan believes that without truth, Gambhira is not possible. What we see today, Bhuvan says, is not the original Gambhira. It’s only a mike, a mike to announce various projects like sanitation, literacy, health etc. It has lost its voice. The vandana that they once sang to please lord Shiva is now sung to please the political leaders. The voice which once spoke against the social follies and foibles, now advertises different projects.

Director, actor, playwright and founder of ‘Malda Malancha’, Parimal Tribedi is a well-known theatre personality in Bengali Theatre and is a Member of Paschimbanga Natya Akademy. For the last twenty one years he has been leading his present group ‘Malda Malancha’ in the mofussil district, Malda. In these years he has directed nearly fifty plays. He has written 15 plays which has been staged and highly acclaimed. Some of the noted plays written by Parimal Tribedi are Gambhira Gambhira, Ranir Ghater Brittanto, Bhalo Manush, Ratan, Udas Puja, Asamayer Bhabna, Lotun Jevan, Swasti and Lajja. He has directed almost all these with his group.