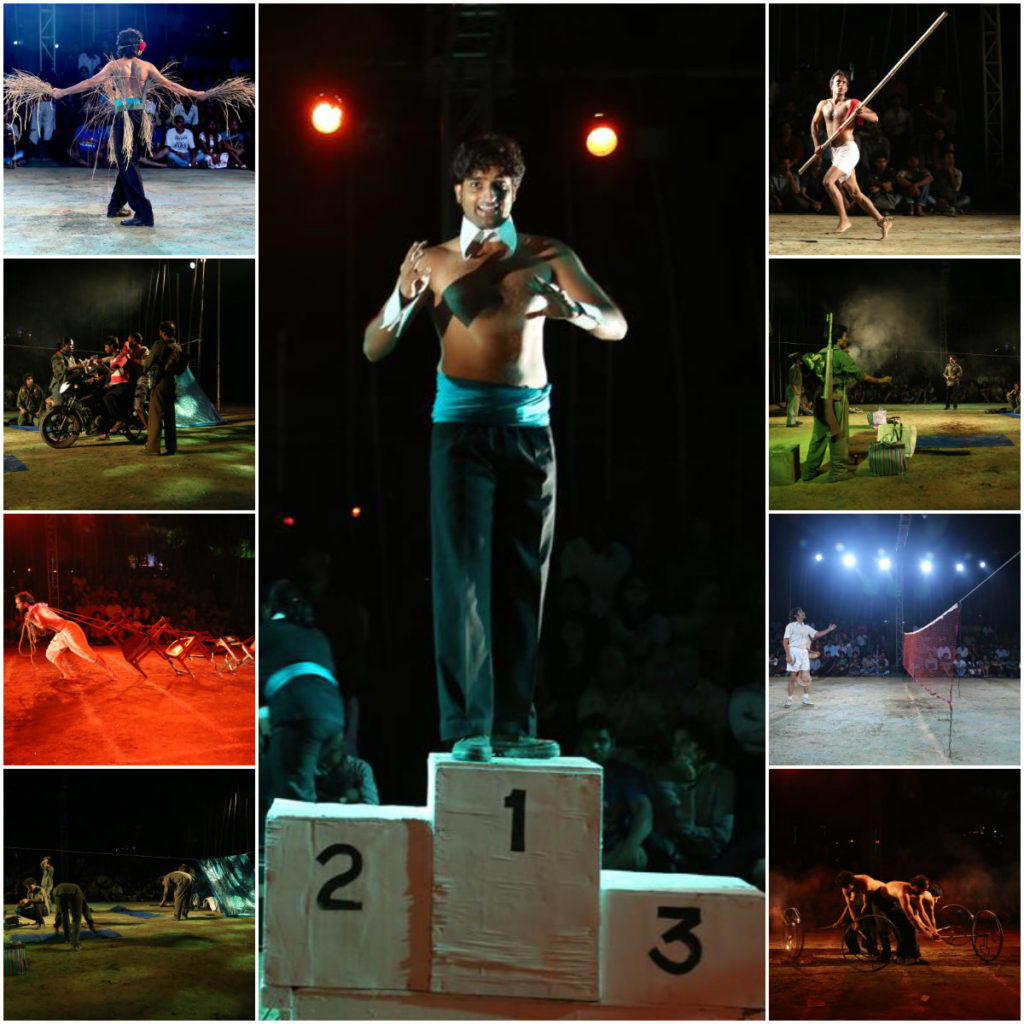 The play highlights how Indian government has been at war with the people of Kashmir and the North East for decades. In the name of safeguarding ‘national security and integrity’ and ‘national interest’, Government has been trying to crush the democratic aspirations of oppressed nationalities with state terror.  Operation Green Hunt has brought its war against people to the heart of India. The total number of government forces presently engaged in this operation, including  paramilitary forces and  state police, is close to a quarter of a million (2.5 lakh). This is more than double the US forces presently deployed in the occupation of Iraq.

The not-so-hidden objective behind this unprecedented military offensive is to pulverize all forms of people’s struggles and revolutionary movements so that giant multinational companies, with whom hundreds of MoUs have been signed by the Government, may make a clean sweep. Any movement, organisation or individual that fights for people’s demands is being branded a Naxalite or a Maoist. Only an unceasing wave of mass resistance can stop this assault on democratic struggles of the most oppressed and exploited millions.

Sourav Poddar, a graduate of National School of Drama, is currently engaged with a collaborative platform of visual artistes named ‘Spelling Mistake’. As an initiating team member, digital part in live performances has been his area of exploration. He takes special interest in creating spatial elements and scenography through real, virtual, 2D images and video projection devices.