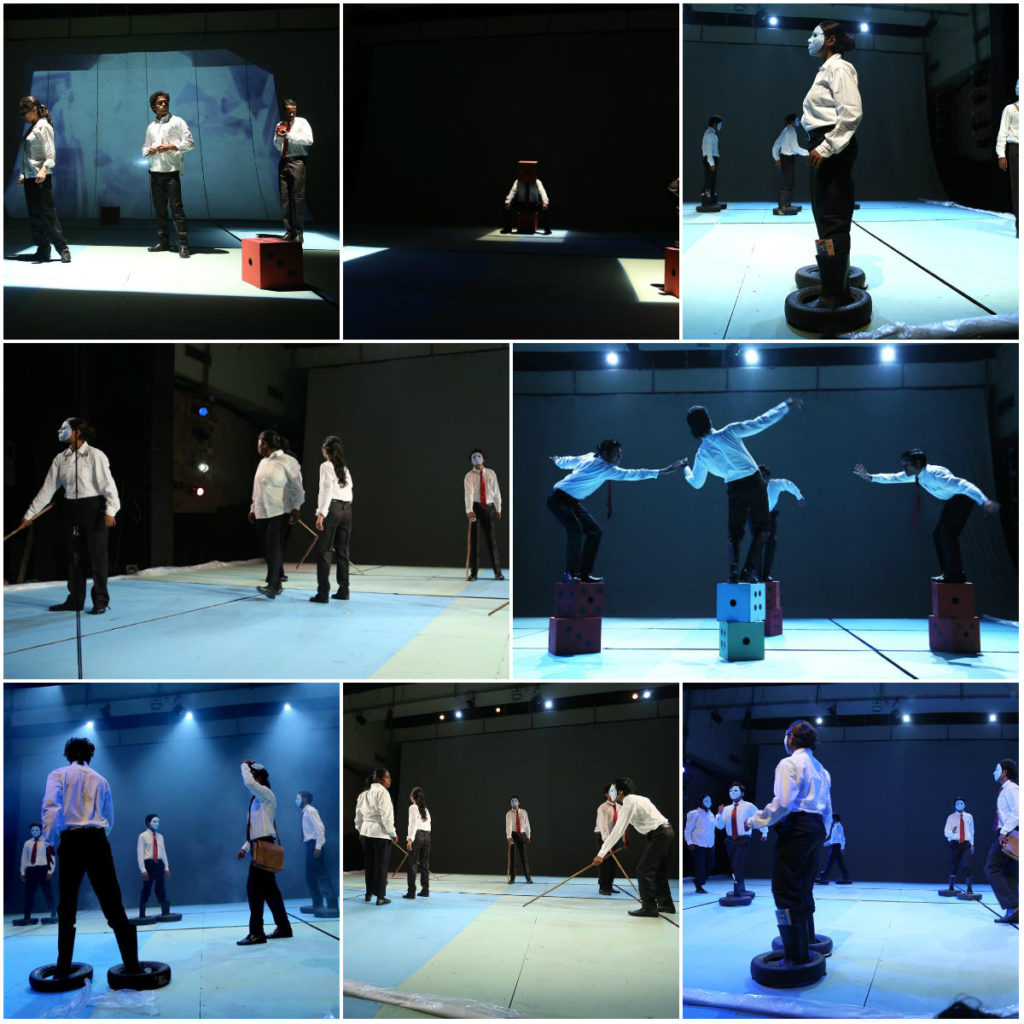 A girl with a traumatic childhood, seeing her surrounding world as an intruder or violator is finding it difficult to live and cope with dreams, realities and delusions. She sees a man and because of her interest in him follows him and enters a different world. Though both of them see the rest of the world as trouble maker, violator, intruder they have separate stands. That man and the fellows from his world think renouncing the body is the solution to overcome all the problems, by which the body, its pain, its social constraints, social differences, experiences will not affect them and only the thoughts will cherish and live. They try to convince her with the same but her stand is to stay in this world with the past’s burnt marks, with the smell of hell, with all the problems and confusions, with dreams, realities and delusions, because it is her life and it is meant to be led, till the End.

There are actually no coincidences, we choose and decide.  When she decides to follow that man and try to talk to him she travels to a different plane of life and when she sees that world, she sees from where all of it started and reverts back to that point and decides not to follow him.

Vishala Ramachandra Mahale, from Mysore, Karnataka, holds a post graduate diploma in theatre techniques and design from National School of drama, New Delhi. He started his practice as a theatre enthusiast in Karnataka, interested in exploring and innovating a performance language that expresses and juxtaposes the darker side of life and self with geometric structuring, through performers, Videos, Soundscapes, lights.