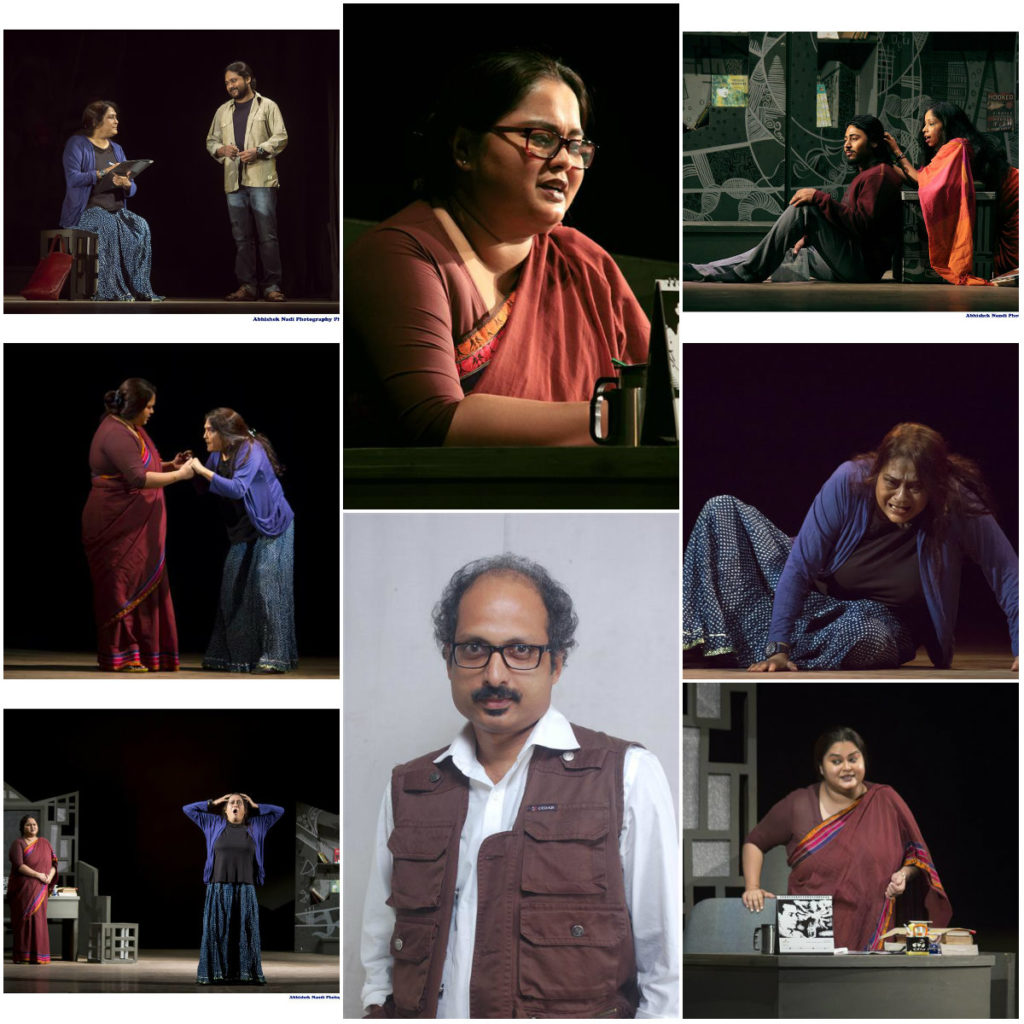 Bipannata is the story of the helplessness of Sulagna Dutta, a woman in her late 50s, a widow and a single parent. She represents the middle class, who wakes up to a daily routine expecting a more or less secured lifestyle. She is neither a political bigwig nor a celebrity, but one of those you wouldn’t even notice when passing by. She has raised her son Ujaan to be a responsible man and who is now a computer engineer. The only problem is that he has his own well defined opinions. He is sensitive and reacts like a normal human being to events happening around him…events of large scale state generated violence that permeate into our lives and induce a constant state of fear. Sulagna is worried for her son, who goes into bouts of depression and hides at home, refusing to go out and participate in a world he cannot question. She sets up an appointment with a renowned psychoanalyst Dr. Ahana Roy.

What follows is a heartrending search into fear psychosis and the resulting helplessness. The play tries to address the feelings of fear and helplessness that we carry within us in these hard times.

Sohini Sengupta is an upcoming director and a leading stage artist and trainer of Nandikar. She has acted as the lead in most of Nandikar’s recent productions and also in some of the plays sponsored by the British Council and other reputed theatre groups from Kolkata. Her character in Aparna Sen’s film Paromitar Ekdin brought her major acclaims, including the award for the Best Supporting Actress at National Film Awards, the highest Indian recognition given to film artists. She has also received the Sangeet Natak Akademi’s Ustad Bismillah Khan Yuva Puraskar for her contribution to theatre.