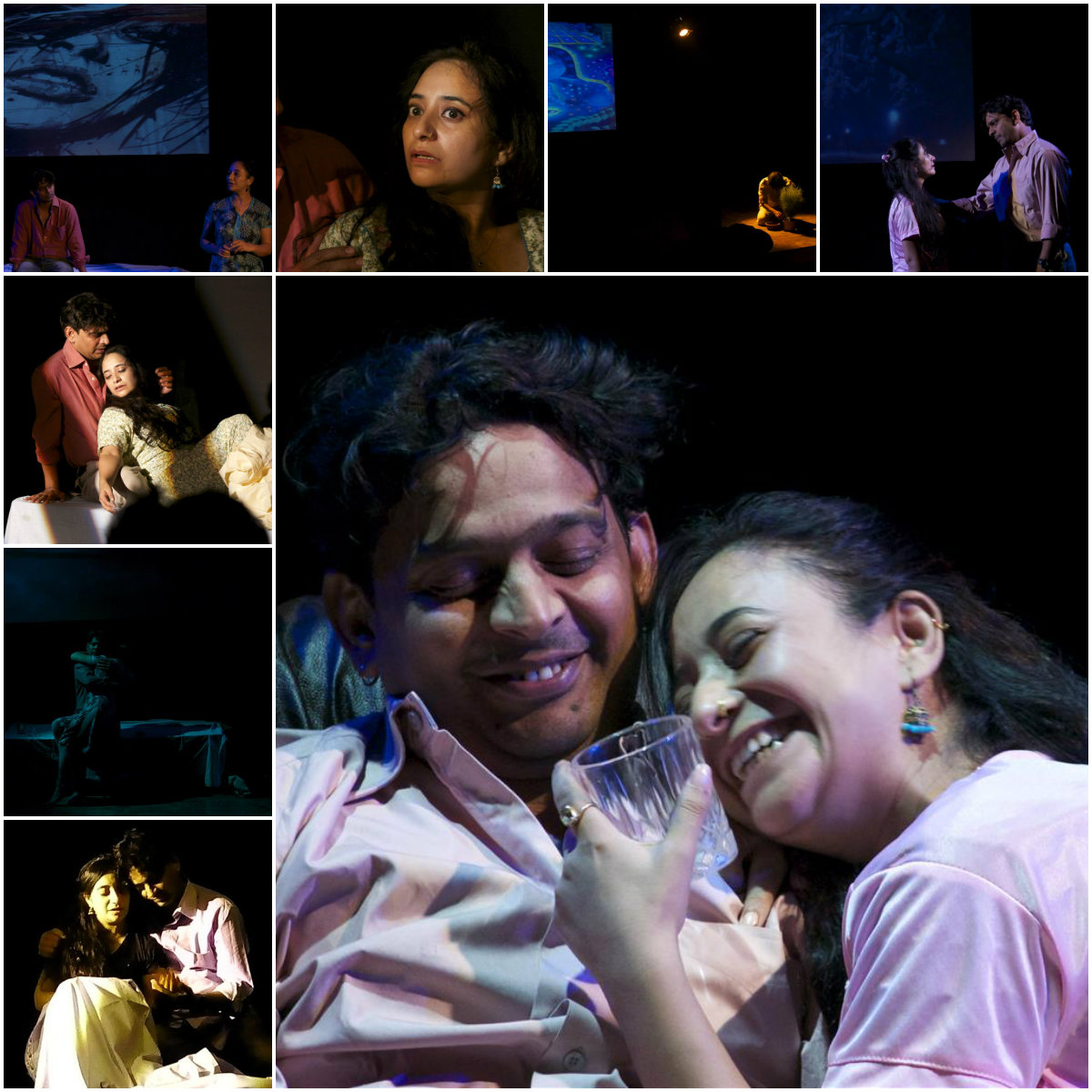 Once again they entered into the shiny yet dark…real yet dreamy…cave of love which was built with memories, sorrows and pain. When life has to pay heavily in return to the desires to live, they were in their own magical world. Her body was breathing the coldness and he thought that she is surrendering. She was there…right there… and her soul could see clearly through her body that only the body was needed by him. He always said that the soul doesn’t participate and starts to play an audience when there is this fear or doubt, only bodies are the active participants…. And that night soul did the same while the bodies reacted to the desires.

The so called love between a man and a woman is the very manifestation of convenient desires. The entire life keeps revolving around the search for eternal love and satisfaction, both physical and spiritual, dealing with responsibilities and finally getting nowhere…..and we start living in installments.

Sadanand Patil, began exploring the theatre in the year 1987 in Katni, Madhya Pradesh. In the year 1994, he started to work with “Rang-vidushak (Bhopal)” under the direction of the maestro Bansi Kaul and continued till 2001 with the group. In 2001, entered National School Of Drama and graduated in acting and then worked with the NSD Repertory Company for six years where he got the opportunity to explore the art under the legends like Late B.V. Karanth, Late Bhaskar Chandravarkar, Habib Tanvir, Naseeruddin Shah, Anuradha Kapur, Prasanna, Ram Gopal Bajaj, Devendra Raj Ankur, Rob Clare and many other stalwarts. Having over two thousand performances and more than hundred plays to his credit, presently he works with Kingdom Of Dreams.