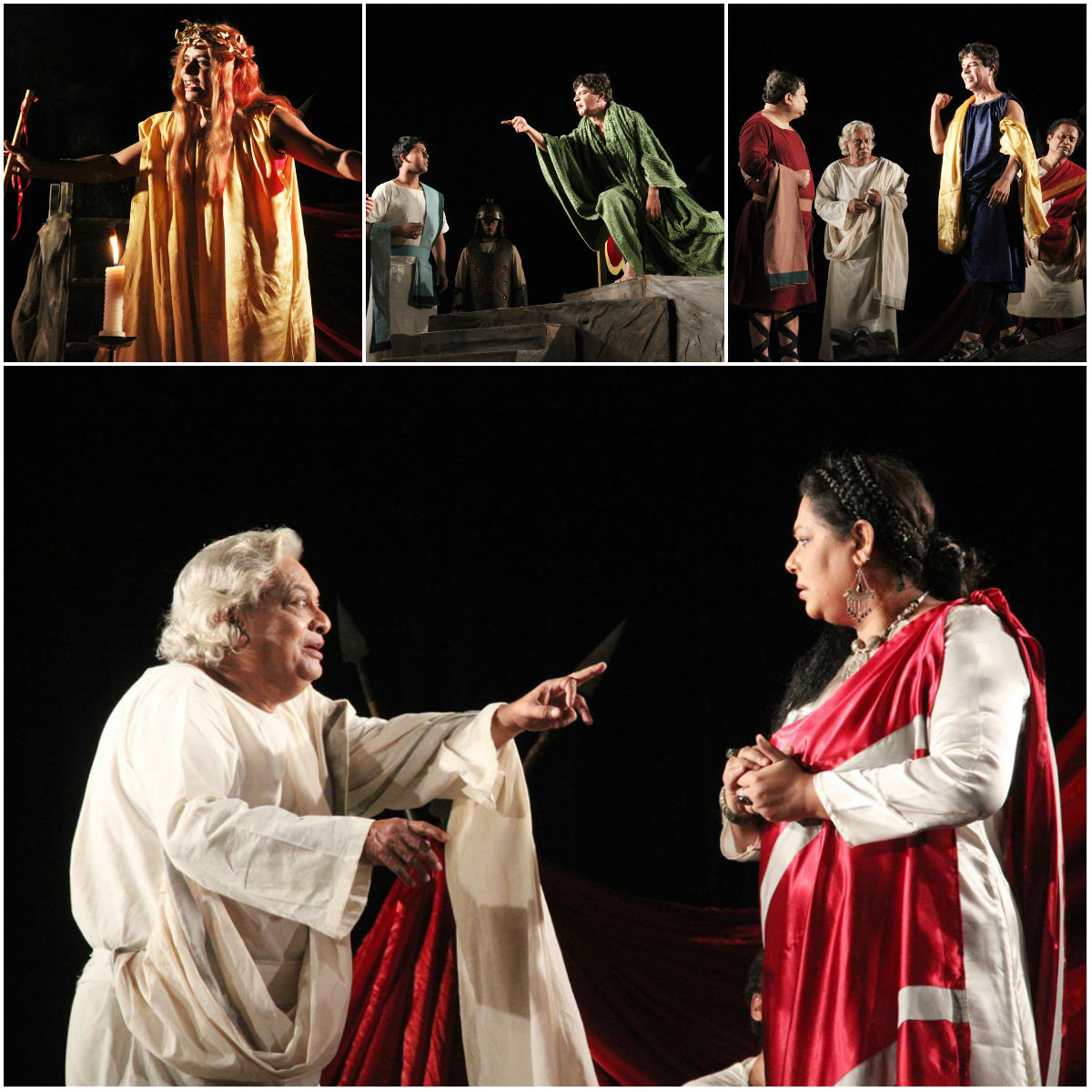 Synopsis
Caligula shows the protagonist as a man consumed with self-glorification and a twisted pride. The death of his sister and lover Drusilla forces him to confront himself. Time takes its own inevitable course and Caligula realizes an eternal truth, that man is essentially unhappy and therefore ultimately incomplete. Caligula chooses the path of destruction and devastation over a safe and comfortable existence, which ultimately leads to self-annihilation. Dictatorial and blood thirsty, Caligula is killed by his high ranking patricians who conspire against him leading to his death.

The play highlights two classes of offence, the first “emotionally driven offence” and the other “argumentative offence”. In today’s tricky time, we are being ruled by the leaders of the world and our nation. They have restricted the interpretation of this word into these two phrases. The worldwide struggle to exhibit the blatant oppression, injustice, exploitation and massacre attract and inspires every step taken by a human, to play his part in this infinite process, endeavour which is being shrewdly and inexorably torn apart by rulers. Nothing, as it seems is out of their reach. Nothing is about disrupting the chain of power or going against it. Everything is simply ‘about the states’ and ‘for the states’. The power of classifying these transgressions under the two categories “emotionally driven offence” and “argumentative offence” is in the hands of our leaders. This is a new and exclusive method of dictatorship taken up by our rulers.

About The Director
Biplab Bandyopadhya is a noted film actor and director and has been involved in theatre and television.

He has played major roles in Teesta Parer Brittyanto, Mefisto, Putul Nacher Itikotha and Bisarjan. Bandyopadhya was awarded Best Actor Award in the year 2001 from the Cultural Department, Government of West Bengal and Shyamal Sen Smriti Samman in the year 2002 for major contribution in the field of Bengali theatre. As a director, he formed a theatre group, ‘Prachyo’ in the year 2009 and received the Best Director Award for Supari Killer in Zee Bangla Theatre Festival as well as prestigious, Sudrak Samman in the year 2012. In 2013, he directed Caligula, followed by Galileo Galilei in August 2014 for Niva Arts.