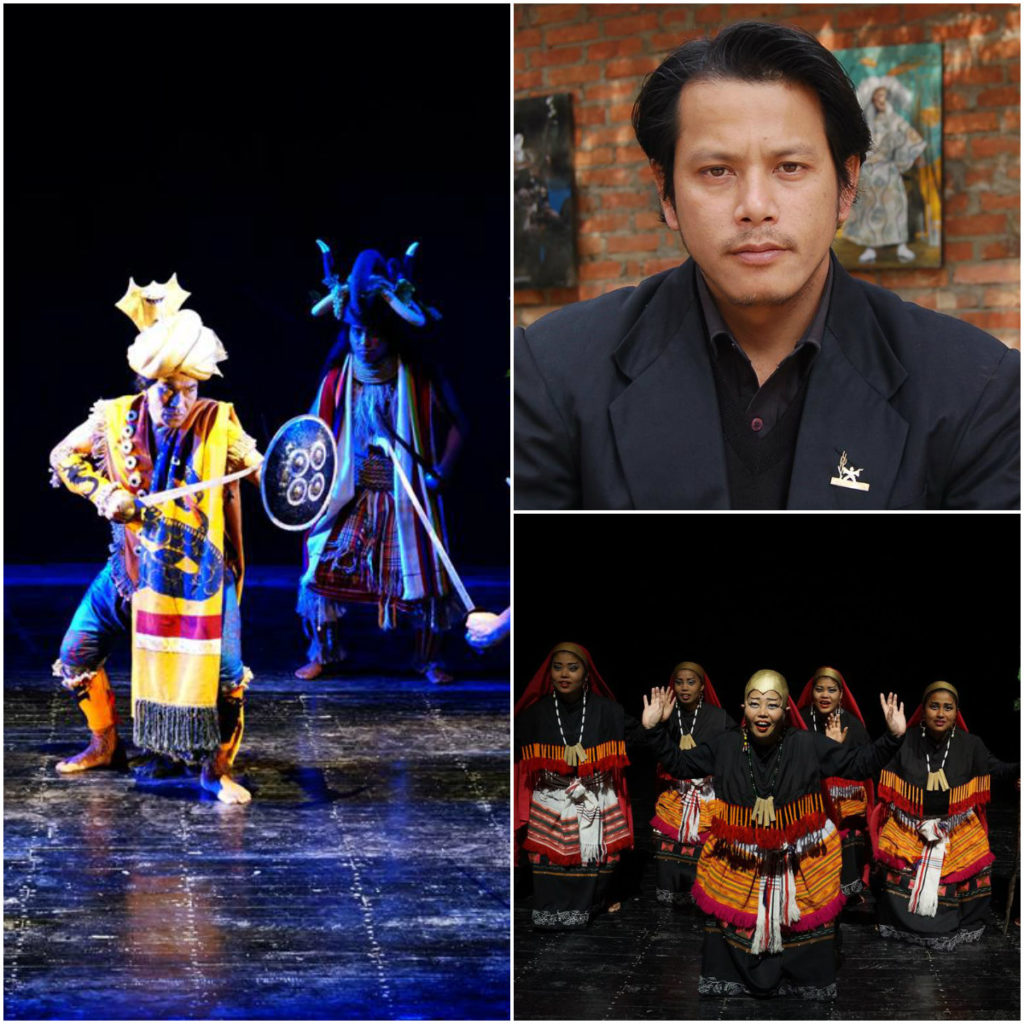 Bacchae is based on the myth of king Pentheus of Thebes and the God Dionysus. The God Dionysus proclaimed that he has arrived in Thebes to avenge the insult repeatedly made by his aunts, that he is not the son of Zeus. In response, he intends to introduce Dionysian rites into the city, and intends to demonstrate to the king, Pentheus.  Gradually, his revenge grows out of proportion and by the end, the king dies a gruesome death and the city of Thebes devastated. The play concern with two opposite sides of man’s natures, the rational and civilized side — represented by Pentheus, and the instinctive side — represented by Dionysus. Bacchae reflect one of the economically weak small communities whose existence is questionable now with the immergence of Globalization whose networks are cannot be scaled.

Born in Imphal in 1982 Thawai Thiyam started learning nuances of theatre under his father Ratan Thiyam from early childhood.  Later, he got training in dramatic arts and performing arts including stagecraft, design, martial arts etc. at the Chorus Repertory Theatre, Imphal.

A  B.Com from Madras University, he joined the Asian School of Media Studies of Punjab University for the Post-Graduation in Mass Communication. At Calcutta Puppet Theatre, he studied theatre design, theatre architecture, scenic and property design, mask making, puppetry under the competent guidance of Suresh Dutta (Padmashree).  He also got training in Suzuki Method of Actors Training from the Suzuki Company of Toga (SCOT), Japan under the guidance of one of the world’s most acclaimed theatre director Tadashi Suzuki.