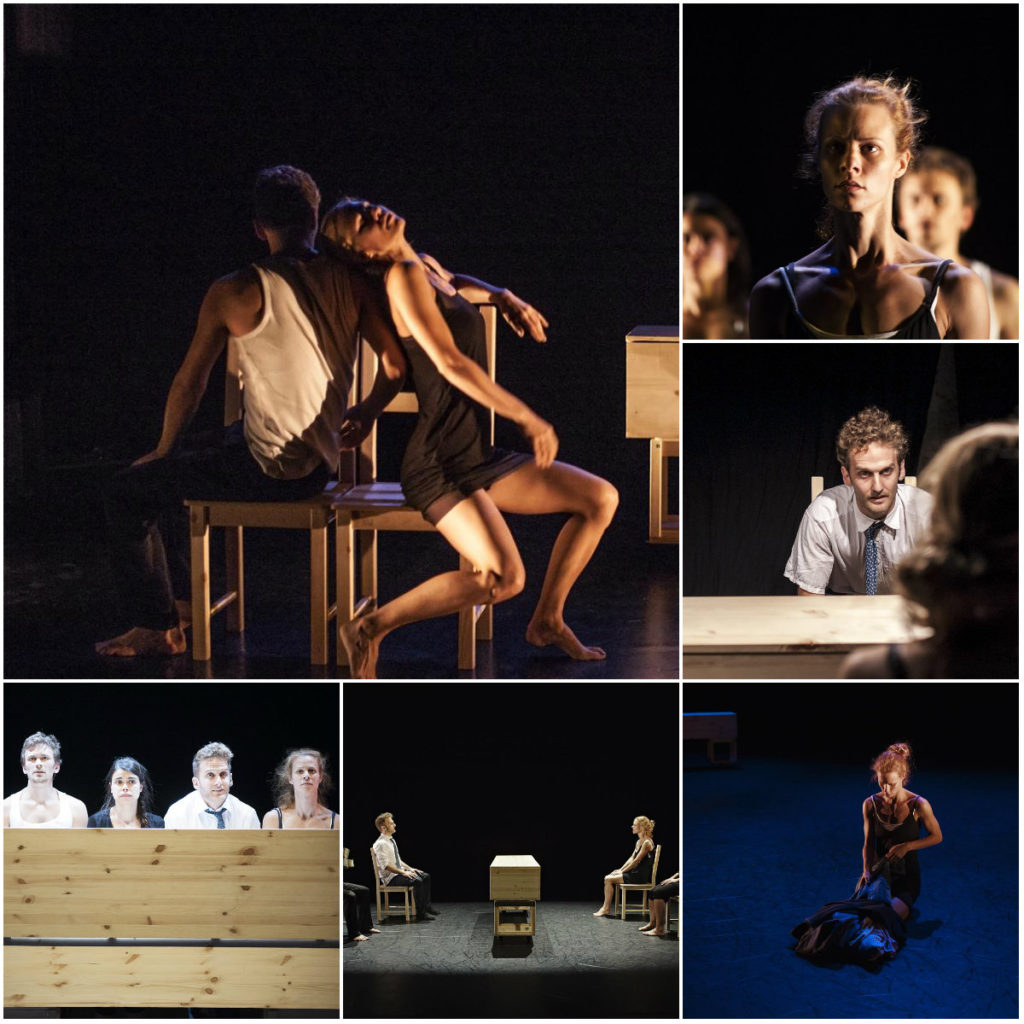 All The Things… is a physical performance exploring the dual reality of what we express overtly to the world and what we un/intentionally keep hidden in the recesses of the subconscious. Following the near disintegration of one couple’s relationship, the piece follows four actors as one couple in minor mundane conflicts until we realize there’s a deeper frustration, to communicate something underneath. But ‘what’? Meanwhile, a disaster hangs in the air, forcing the couple to see that things not said may never get said if not now.

Vivien Wood (the collaborative director) trained at the Royal Ballet for eight year as well as in classical and contemporary dance. She is considered one of Britain’s leading contemporary dancers. She has danced in Montreal, Sydney, Paris and Hong Kong with the Michael Clark Company and DV8 Physical Theatre. She is the 2012 associate choreographic artist for Dance City (UK). Vivien collaborated with Institute Grotowski, as well as with Studio Matejka, as a movement supervisor for Awkward Happiness, Charmolypi and Woman Decomposed.