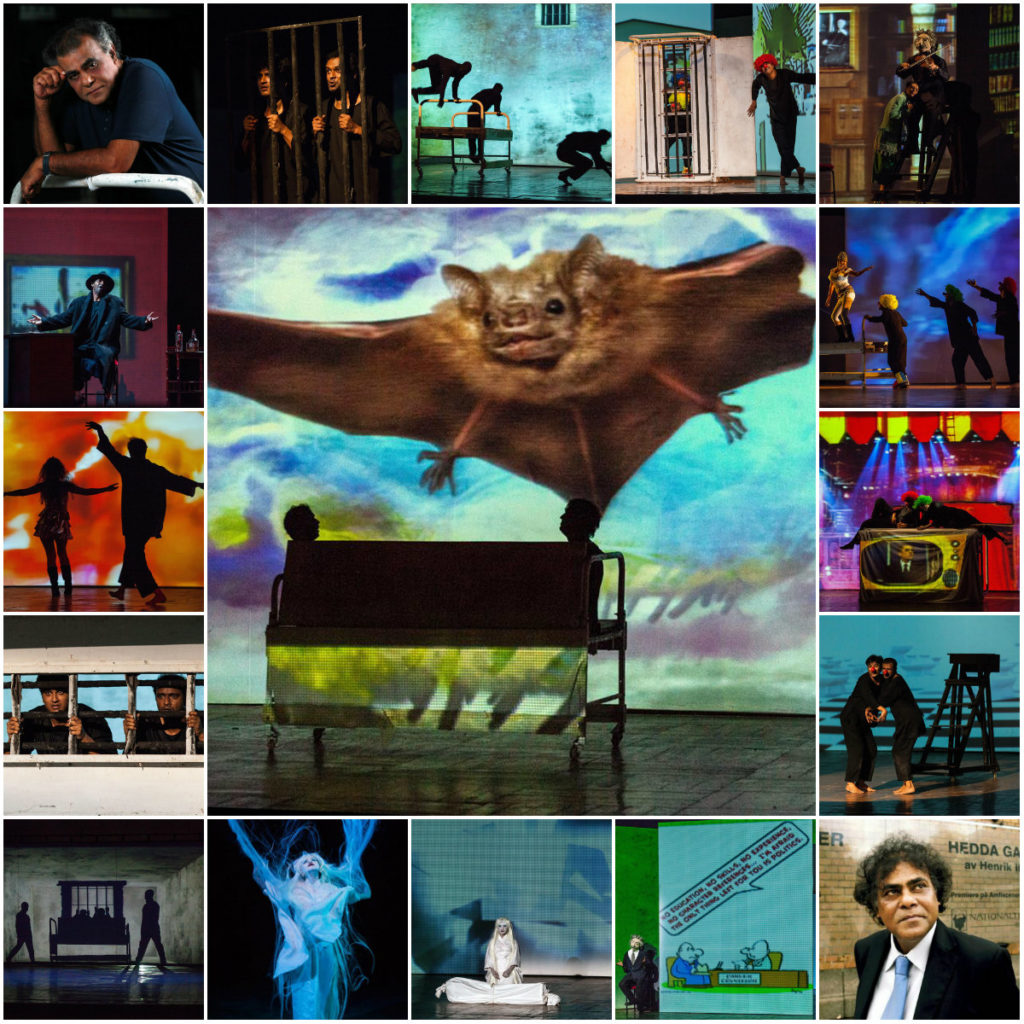 The play Macabre is a tale of the desire for freedom embedded in each and every individual. It portrays the imprisonment of an individual. It also exposes and reveals the complete physical and psychological domination of an individual in the hands of an unseen and unrevealed power structure; an entity which can never be fully known. Macabre depicts the violence of politics and the helplessness of the individual, in the systematic violence inherent in our modern political paradigm. The play is set in an allegorical prison of an unspecified nation. It is the tale of the journey of a prisoner; a journey which ultimately results in his death. The entire play takes place within the span of a single night.

Macabre is an unconventional theatre performance with a huge amount of technical devices, including videography, multi-screen projection technology, animation, 3D projection mapping and installation art, along with living art forms from the East and the West.

Kamaluddin Nilu is a theatre director and independent researcher. He is member of Norsk Sceneinstruktørforening (Norwegian Stage Directors Association). Presently he is Chair Professor of Theatre Department, S.N. School, University of Hyderabad, India. He is also a visiting professor and senior researcher at the Centre for Ibsen Studies, University of Oslo. He was the founding Secretary General of Centre for Asian Theatre (CAT) and CAT’s Artistic Director. He is a highly experienced theatre director and has directed approximately 50 plays produced by CAT and various other theatre groups. His directorial work covers a wide range of plays, from classical Sanskrit, Greek, Shakespeare and Moliere’s plays to plays written by Tagore and modern and contemporary western playwrights like Brecht, Chekov, Heiner Müller and Peter Weiss. Many of his productions have been staged in a number of international theatre festivals in India, China, Japan, Nepal, Pakistan, Sweden and Taiwan.