A Straight Proposal By Happy Ranajit 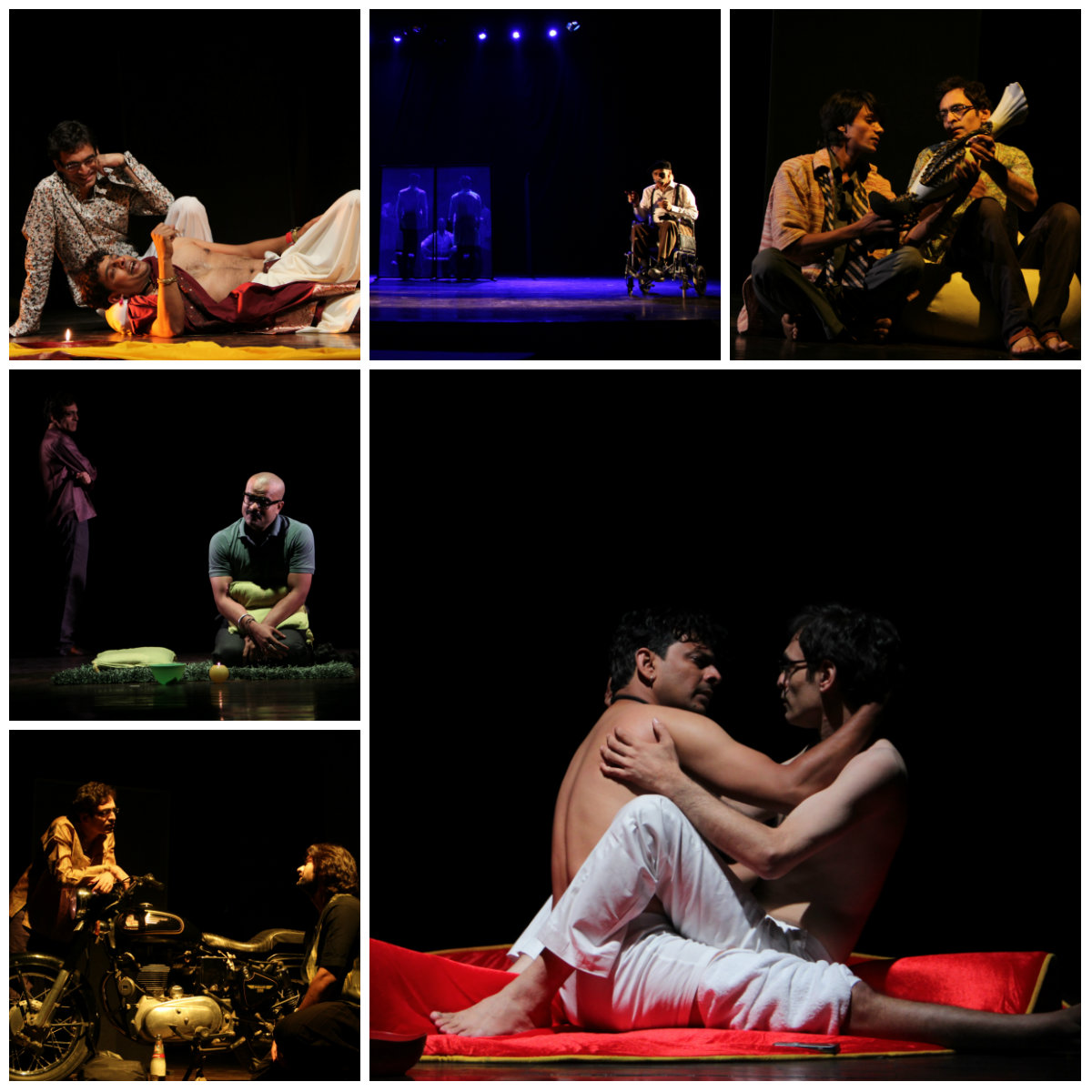 The play covers the life of Mitesh, the protagonist of the play, the ups and downs in his life which goes parallel to the ups and downs of the LGBT movement in India. The play unfolds a series of love stories of Mitesh and his relationship with his brother and father which bring out the several problems in gay community. A secret life and a mysterious death of Mitesh in this play are not just incidents they become metaphors for us. The play speaks about the problems and possibilities of LGBT (Lesbian Gay Bisexual and Transgender) culture in India in current political scenario in India. It’s about a man who is in constant search of a committed relationship and who wants to live with dignity. Each scene of this play is a portion of diary of an imaginary character Mitesh. Each page of the diary is related to the moment of LGBT in India, an article number of IPC which makes every act of an individual a crime in some or the other way.
A story of one diary, four love stories, one phone call, four days of love, one promise, four lovers and one gun.

Happy Ranajit started working in theatre since his childhood at Odisha and after completing masters in science; he joined NSD and successfully completed his degree with specialization in acting in 2008. He has acted in more than 60 plays with many eminent directors like Ram Gopal Bajaj, Amal Allana, Anuradha Kapur, Tripurari Sharma, Anamika Haksar, Abhilash Pillai, K.S Rajendran, Dilip Shankar, David Freeman and Powel Miskinviz. In 2010, he participated in the physical theatre workshop by theatre ZAR, Poland.

Apart from acting, he also conducts acting workshops, writes and directs plays. He got the best actor award at Mahindra theatre awards 2010 for his performance in Roop Aroop. He also won the best actor award at the international GATS theatre festival for the play Richard III at Beijing, China. He has received the Bismillah Khan Yuva Puraskar by Sangeet Natak Akademy for acting for the year 2012.