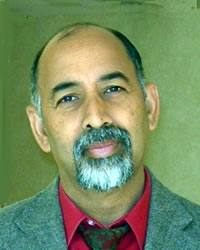 Before coming to the UK, Krishan Tyagi worked in the Government of India as a member of the Indian Economic Service from 1977 to 1987.  During this tenure, he worked in the ministries of finance, agriculture & rural development, and food & civil supplies.  Krishan was also active in Theatre. He worked with street theatre group Theatre Union, an independent group which took up social and feminist issues.

In the UK, Krishan was employed by the BBC for ten years.  At the BBC, he worked in four departments, including the Network Television and the BBC World Service.

At present, Krishan is running a successful business in the field of food distribution in the UK, and from time to time writes on the present day issues.

You can view the list of his articles here.