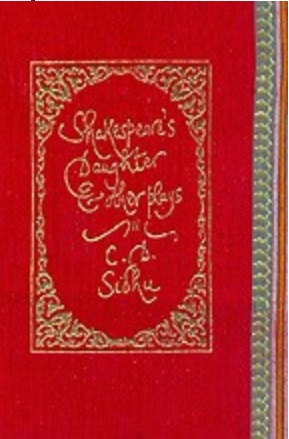 This article was supposed to be a book review, but because one had known the playwright, Dr. Charan Das Sidhu, so intimately, the personal note is unavoidable. My mind races back to 1978 when I started my theatre career with Badal Sircar’s ‘There is No End’ an English rendition of his Bengali play ‘Shesh Nei’ directed by Tejeshwar Singh. Among the elite IIC Theatre Club audience was a stocky, dark, bespectacled professor of English from Hans Raj College, Delhi University, who spoke in what I later came to know as his irreverently rude but affectionate style. I saw this gentleman again in the next play that I acted in; Utpal Dutt’s Chayanat directed by Rati Bartholomew, and also the next and the next. Out of the 47 odd plays that I acted in, he was invariably there in the audience. This is not to suggest that he was a fan of mine or a critic who was following my career vigorously. I saw him invariably in the audience even in the hundreds of plays in which I too was in the audience. Dr. C.D. Sidhu was an avid theatre connoisseur who can take your breath away by the intensity and seriousness with which he follows theatre of all kinds, good bad and ugly. No wonder that when the Sahitya Akademi Award winner set out to write his first play in his mother tongue, Punjabi, it had to have the wisdom of so much theatre distilled into his script.

May 1979 was the first time I saw the play ‘Bhajno’, written, produced and directed by Dr. Sidhu was in ‘theth’ (pure) Punjabi as it is spoken in rural Punjab. It was a refreshing experience. Because it was very different from the urban Punjabi dialect one had heard all the time in Delhi. The spoken dialect was earthy and one became aware for the first time of the great depth in this vivacious language. The same can be said about his other plays such as Baba Bantu. These plays were also staged at a time when Punjabi theatre had got associated with double entendres. By contrast his theatre came like a breath of fresh air. Writers Workshop has come out with an English translation of his collected works under the title ‘Shakespeare’s Daughter & other plays’ and who could be more competent than the English professor to do it himself. In fact he is also a well known expert on GBS and his book The Pattern of Tragicomedy in Bernard Shaw (published by Bahri and Sons) is a study on Shaw’s dramatic work in the light of his theory of drama in general and of tragicomedy in particular. Some of his students, like Vinod Dua, swear by him as an English literature teacher. “He introduced me to Shaw whose ‘outlook to life’ and Dr. Sidhu’s ‘act of life’ have been a great source of inspiration for me.” Vinod also recalls that although Sidhu was a MA PhD from University of Wisconsin, he wasn’t a victim of snobbery. In fact he had no hesitation in even teaching English BA pass course students – something that lesser qualified Professors would consider infra dig. In those early days of theatre funds were not easily available (not that things have changed radically now) Sidhu was known to have produced his plays by withdrawing funds from his provident fund. Sidhu has been awarded both as a playwright and as a Director. Although opinion about him as a director may vary, there are no two opinions about his abilities as a playwright.

While the scope of this review is not to go into each of the plays in great depth but one will dwell briefly on them in general Indumati and Satyadev was the first play that Dr. Sidhu wrote, way back in 1973 but it saw the light of day many years later. It was planned as a sequel to Kalidas’s Shakuntala. On the surface it appears to be about conflict between Aryans and Tribals. It inks some of his early thoughts about nations, war, peace, truth & falsehood. He has used Icons like Rama, Ravana, Krishna, Manu, Chanakya freely to project the viewpoints they represent and some times his own opinions about the way the lead their life. Laxman is the devoted keeper of his brother, Rama, whose wife he worships while neglecting his own Baba Bantu is about a feudal lord Sarban and his terrorizing a bonded labourer, Bantu, who is also an expert on curing people from snake bites. Bantu has been blessed with these powers on the condition that he cannot refuse to cure anybody of snake bites. While the Landlord sexually exploits Bantu’s daughter, Satti, the landlord’s wife does the same to his son, Bihari – using him as a sex object. In a series of twists and turns, Bihari is electrocuted and Sarban snake bitten but Bantu refuses to heal the oppressor and loses his power of healing in the process. The College Will Be Closed Tomorrow is a seething expose of University politics that cuts mercilessly across political as well as hierarchic divide. Built around a sex scandal and a suicide, it spares neither the leftist nor the rightist, neither the teacher nor the student. Each of the scripts is radical and also radically different from each other. Shakespeare’s Daughter is about the personal renaissance of a newly married Kamla who overcomes her timidity and shyness to emerge as a bold and daring writer thanks to a visitation of William Shakespeare in her dream. The girl is beset with typical in-law problems related to Dowry taunts and blames of Infertility but finally dares to leave her husband – her famous last line to her husband, Dwarka, “I may be a sinner. With Shakespeare’s King Henry V I repeat:

That thought in fact seems to be the basic string in all his plays. The search for dignity truth and honour