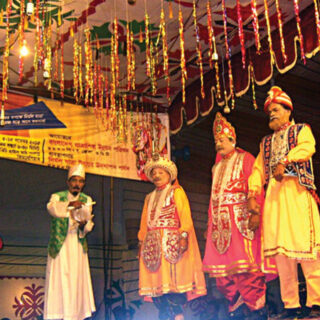 Sri Chaitanya, a prominent saint during the Bhakti moment is credited to be the inventor and the promoters of this music enriched form of theatre. It is widely believed that the first spectacle of the play was also done by Sri Chaitanya wherein he played the role of the Rukmini in the play, Rukmini Haran (the play was based on a story in the life of Lord Krishna).