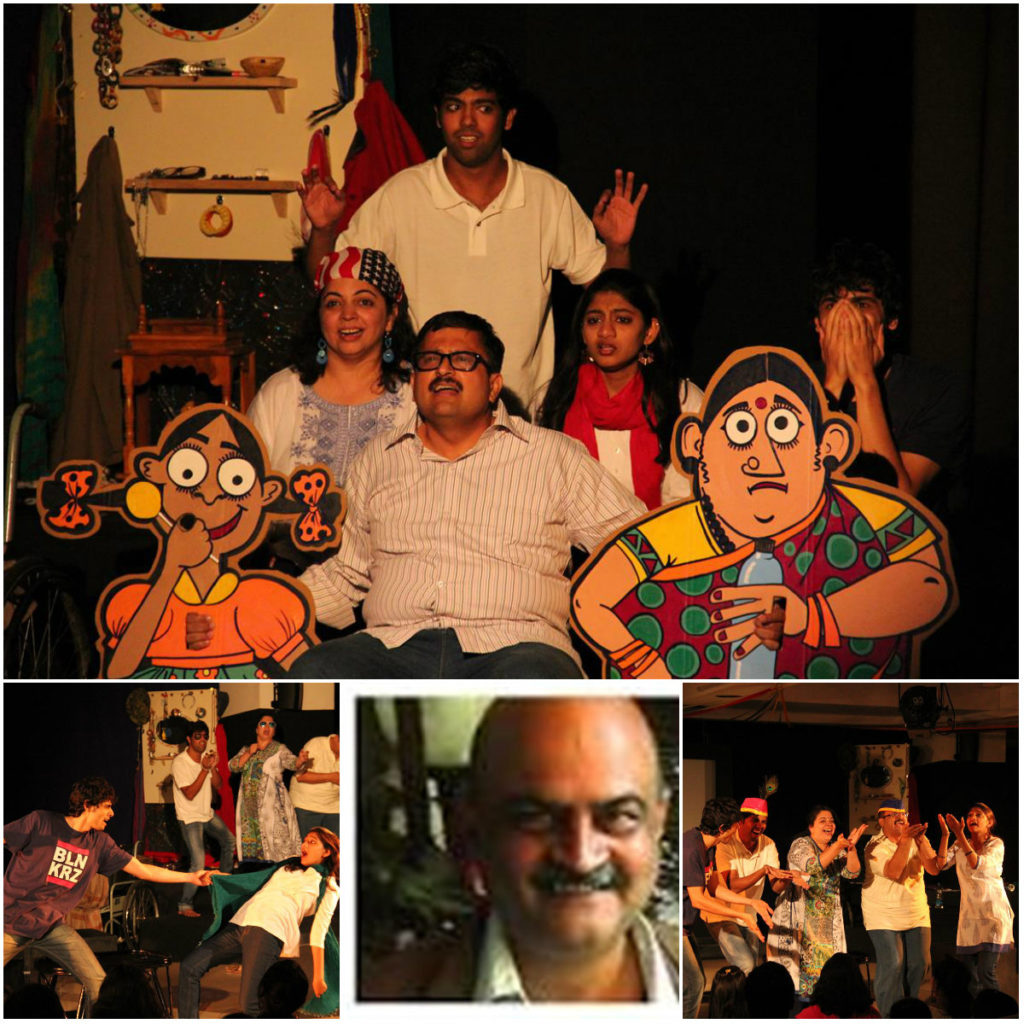 The play portrays Uday, Uma, their daughter Radha and grandmother Aaji living in a typical Maharashtrian urban upper middle class family. Uma is presumably a free modern mother who believes that her daughter needs western exposure. Hence, she enrols Radha in a student exchange program between Berlin and Pune. Deshpande family welcomes Boris Seidler- a young boy from Berlin, a student from the exchange program.

Du and मी, deals with this in a very light hearted manner. The play talks about all the bittersweet, amusing, disturbing and alarming moments, such a cultural contrast might bring out. It also says that two people from across the globe can cross over all the socio-cultural boundaries and connect with each other when they talk a language of love.

Shrirang Godbole: Actor, writer, director and lyricist in theatre, films and television has been associated with ‘Theatre Academy’ and ‘Maharashtra Cultural Centre’ for more than 35 years. He has written both mainstream and experimental plays. He is a writer-director for GRIPS plays since 1986.

Vibhawari Deshpande: Actor, writer, director in theatre, television and films, has been associated with GRIPS theatre movement through ‘Maharashtra Cultural Centre’ for more than 25 years. She has written & directed 8 plays till date.

Lutz Huebner (Co-writer): Is an Award winning contemporary playwright from Germany. His work has been translated into over 10 languages and has been staged around the world. He is an immensely respected theatre personality all over Europe.