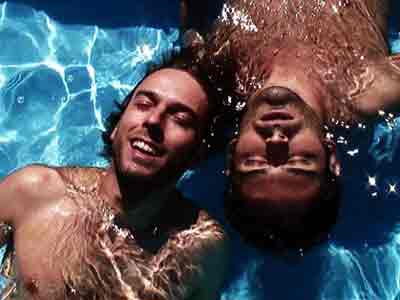 The three-day Flashpoint Human Rights Film Festival, which brings together eight extraordinary films from around the world that deal with human rights issues, gets under way in New Delhi on Thursday. The films urge people to reflect, react, revolutionalise and act as a ‘flashpoint’ to usher in change.

The festival has already been held in Mumbai from December 8-10, 2010. The New Delhi edition would include special focused thematic screenings and panel discussions.

The eight documentaries to be screened at Flashpoint, which were part of the ‘Matter of Act’ programme at the Movies That Matter Film Festival 2010 in the Netherlands, highlight the extraordinary work done by human rights defenders across the world, and their fight against injustice and oppression. These films show what great dangers these activists have to face to do their work where freedom of speech, the right to a fair trial and the right to life are violated.

The films look at human rights issues like human trafficking and child prostitution; violation of international laws on war and peace; atrocities under military regimes; religious fundamentalism and homophobia; political annexation/occupation and oppression; women disempowerment and honour killings; ravages of civil war and hostilities; and war crimes and killing of innocents.

The films being screened are Redlight by Guy Jacobson and Adi Ezroni; Song For Amineby Alberto Bougleux; Suddenly, Last Winter by Gustav Hofer and Luca Ragazzi; The 10 Conditions Of Love by Jeff Daniels; The Sari Soldiers by Julie Bridgham; To Shoot  An Elephant by Alberto Arce and Mohammed Rujailah; Women In Shroud by Farid Haerinejad and Mohammad Reza Kazemi; and Women In White by Gry Winther.

“Screening of these films along with panel discussion and media campaigns could possibly bring about a change in perceptions and mindsets and initiate action. Flashpoint intends to spotlight human rights issues and make a call for the audience to act as ‘Flashpointers’,” said Sridhar Rangayan of Solaris Pictures, which is organising the festival.

Solaris Pictures has consistently been making films on issues such as homosexuality and gay rights, films that engage the audience and initiate dialogues on issues dealing with health and sexuality, human rights, and the gay and transgender communities.

The festival, which will be held at Alliance Francaise, is being co-organised by Magic Lantern Foundation, non-profit group working with culture and human rights. The foundation is involved with production of documentary films that explore aesthetics and politics, campaigning with films on issues of social justice, culture and censorship, media education to critically assess the dominant media, intervening in the construction of media policy, dissemination of independent films, and curation and organisation of film festivals.

According to estimates, one million children end up in the sex industry every year. Especially in Southeast Asia, the problem has taken on huge proportions. ‘Redlight’ tells the personal stories of two young Cambodian victims of child traffic and two brave women who fight this form of child abuse: human rights defender Somaly Mam and politician Mu Sochua. Both were nominated for the Nobel peace prize in 2005. The directors Guy Jacobson and Ali Ezroni, who received the prestigious Global Hero Award for the film, that contains poignant victims’ accounts and hidden camera images from brothels.

Former sex slaves try to get back on track after their gruesome experiences. Others try to bring to trial those responsible for their ordeal. But they face tremendous risks to find eyewitnesses and sue brothel keepers.

Countless people have been subjected to forced disappearance since the early nineties, when Algeria waged war on radical Islam. According to official statistics published by the Algerian government 6,000 Algerians have ‘disappeared’ in the 1990s. Human rights organizations consider the actual number to be much higher, though. Amine Amrouch disappeared on 30 January 1997, when he was abducted by the security forces inAlgiers. Since that time his mother Nassera Dutour spends her days campaigning for truth and justice. She presides the Mediterranean Federation on Forced Disappearances (FEMED) and is a spokesperson of a movement created by the relatives of victims of forced disappearance in Algeria. “At first we asked the government to return our children alive”, she says. “Now we ask them to tell us the truth and render their bodies.” ‘Chanson pour Amine’ sheds new light on the impact of a forgotten war against Muslim fundamentalism. A war that has already cost more than 200,000 human lives.

Suddenly, Last Winter’, an ironic documentary that won several prizes at international festivals, tells the story of Gustav Hofer and Luca Ragazzi, the directors of the film. Their lives are turned upside down when the Italian government introduces a bill to reinforce the legal status of gays and unmarried couples. The bill provokes a country-wide debate and stirs a wave of homophobia in Italy. The Vatican and the conservatives speak out against the government’s plans, arguing that the end is near if the bill is voted. Gustav and Luca, who have been together for eight years, set out on a journey to hear all sides and come across an aspect of Italy they did not know yet. Intolerance appears to be more widespread than they thought.

The 10 Conditions Of Love

Rebiya Kadeer once embodied China’s economic success. Born to penniless parents, she worked her way up and became one of the ten richest people in China. The government honoured her at the International Women’s Conference that took place in Beijing in 1995. But besides being extremely successful, Rebiya is also an Uyghur woman. Uyghurs are people with a Turkish origin who live in the Xinjiang autonomous region. China is mainly interested in the territory of the Islamic Uyghurs because of the large oil and gas reserves. When delivering an address to the National People’s Congress, Rebiya decides to put the cat among the pigeons. She criticizes the influx of Han migrants in Xinjiang, arguing that they take the Uyghurs’ jobs and undermine their culture. Rebiya is arrested and detained. Six years later, more dead than alive, she is allowed to leave prison and goes to the United States. There, she campaigns for the human rights of the Uyghurs, which takes its toll on her children.

When Devi, mother of a fifteen-year-old daughter, witnesses her niece being killed by the Royal Army of Nepal, she decides to speak out in public on this crime. In retaliation for her open-heartedness the army kidnaps her daughter. ‘The Sari Soldiers’ follows Devi on her quest to find her daughter and in her struggle for justice. Apart from Devi, five other brave women are portrayed who, based on different convictions, try to shapeNepal’s future. They do this against the background of an intensifying civil war between the armed forces and the Maoist insurgents. The rebels have stepped up against king Gyanendra who is in power since his brother killed their father in 2001. The new king does not have much consideration for democracy and seeks to curtail civil liberties inNepal. Although the women have different points of view regarding the conflict, director Julie Bridgham has succeeded admirably in getting their stories across. The documentary has received several prizes, including the Nestor Almendros Prize from the Human Rights Watch International Film Festival.

To Shoot  An Elephant

What is it like to live in the Gaza Strip, an area of about 140 square miles that is home to one and a half million Palestinians? Unemployment is high and almost half the population is under fourteen year. In ‘To Shoot an Elephant’ director Alberto Arce zooms in on life in Gaza, which is occupied by Israel. As a member of the International Solidarity Movement, one of the few aid organizations that is still active in the Gaza Strip, Arce was filming there late 2008 and early 2009, when fighting between Israel and Hamas intensified. Approximately 1,300 civilians were killed in the hostilities and air attacks that took place during that period. Arce was one of the few foreign journalists that witnessed the shelling from within the Gaza Strip. The filmmaker turns his camera on the ambulance personnel. They take the dead and wounded off the street, putting their own lives on the line. When they try to shelter a corpse, they get fired at.

Imagine a 21-year-old woman being forced into prostitution by her mother since she was nine years old, and frequently being raped by her brothers. What would be an appropriate punishment in a case like this? In Iran, the death penalty is applied. For the 21-year-old woman, that is. Since the Islamic Revolution in 1979, the Iranian legal system has been all but favourable to women. Women accused of adultery can be stoned to death – even without proof of guilt. Although stoning to death has been officially abolished since 2004, it still occurs. The documentary ‘Women in Shroud’ follows a group of Iranian lawyers and human rights defenders that campaign against these unfair convictions. Their activism is not without danger, though. The central figure in the documentary, Shadi Sadr, was arrested in 2007 during a peaceful protest, and in the summer of 2009 she was beaten up by militias while she was on her way to the Friday prayers. In 2009, Sadr received the Human Rights Defenders Tulip from Dutch foreign minister Verhagen, and she will be a guest of honour at this year’s Movies that Matter Festival.

From the moment he came to power in 1959, Fidel Castro led Cuba with an iron fist. A system of informants and secret police ensured that dissidents were given no chance to voice their views. When, in March 2003, all eyes were directed at the invasion of Iraq, seventy-five journalists, writers and human rights activists were arrested. They received prison sentences of 20 to 30 years. Two weeks later, the wives, sisters and daughters of the prisoners decided to come together to pray for their loved ones. Since then, Las Damas de Blanco, or the women in white, walk silently through the streets of Havana. Their actions are not without success: twenty men have been released since they began. In 2005, the European Parliament awarded the women a freedom of speech award. Although the regime keeps a close eye on the women, they continue on with their silent protest. Now only 12 are left in prison. The women’s fight led to the release of the others, but the ones released were forced to live in exile. The 12 refused to leave Cubaand therefore are still in prison. The women therefore still march through the streets ofHavana. For the first time, these women share their stories with the world in the documentary ‘Women in White’.